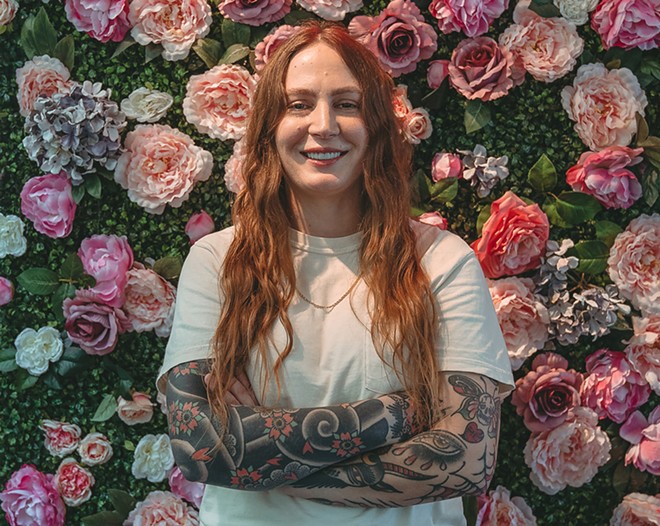 Ferndale’s reimagined Public House has hired Megan Shaw, a chef known for her work with the former Street Beet vegan pop-up and restaurant, as a permanent member of its management team.

According to a press release, Shaw, who was also recently tapped by the restaurant as a consultant to help develop its expanded vegan menu, will “oversee its vegan kitchen, develop seasonal menus, and help manage front-of-house operations.”

“It’s good to have more options. It’s good for everyone,” Shaw said in a statement. “I mostly make comfort food, and I like to do mocks of things that aren’t vegan. The goal is to create food that people miss eating. You can make healthy vegan food at home, but when I go out to eat, I like to eat a fried chicken sandwich.”

Originally launched as a pop-up, at Street Beet Shaw and her former partner Nina Paletta earned recognition for their playful vegan replicas of popular fast food, like “Taco Hell,” “Pizza Butt,” and “McDaddy’s.” In 2020, they settled inside 3rd Street Bar, though that partnership dissolved in 2022.

“We know deep down that this is the right thing to do, and as individuals we are ready for the next chapter in our lives,” the duo wrote in a post announcing the closure.

Opened in 2013 under the same ownership as Ferndale’s Imperial taco spot, Public House was acquired by Hometown Restaurant Group in 2021, who remodeled it and added a second all-vegan kitchen and menu in addition to its main menu.

In addition to One-Eyed Betty’s and Pop’s for Italian, Hometown Restaurant Group also manages Tigerlily in the former Antihero space, an Asian-themed spot which was also previously owned by the same management group as Imperial. According to a press release, Tigerlily will continue Antihero's Asian theme, with the addition of a tiki bar, and is scheduled to open sometime later this summer.