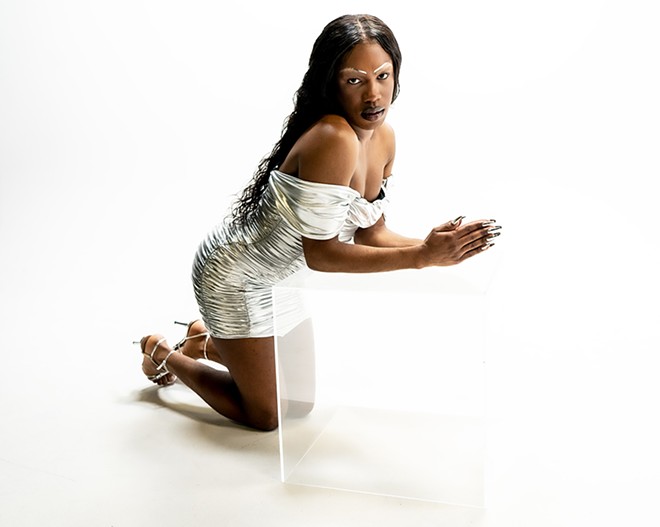 Pride month ain’t over yet. Queer Detroit pop artist Reginald Hawkins is bringing us a multi-sensory experience called SODOM, a visual and musical performance art evening featuring emerging LGBTQ+ artists in Detroit. Hawkins has been making a lot of noise in the queer music scene. They released their debut EP Black Popstar late last year and opened up for the queen of bounce, Big Freedia, when her Big Diva Energy tour stopped in Detroit shortly after. We were at that show at the Majestic Theatre and can confirm that Hawkins has an undeniable stage presence with upbeat and infectious songs that make you want to dance. However, this performance feels different as if Hawkins has something a little spicier planned for us. The one-night-only performance will be hosted at Playground Detroit on Thursday.