You know it’s a shame when the social account for a lake has more sense than the U.S. Supreme Court 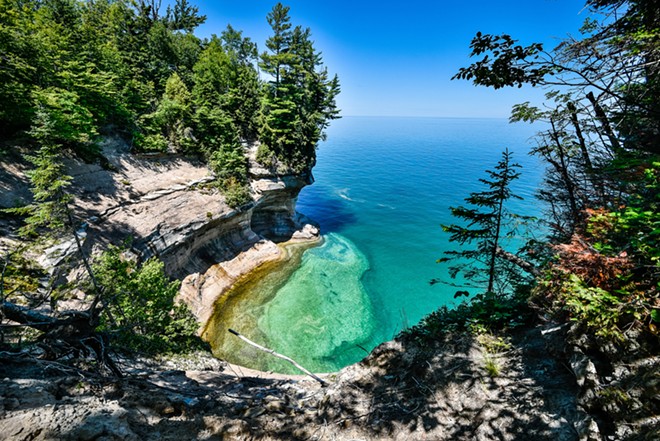 Lake Superior is the greatest lake of all time, according to its Twitter account, and we’re gonna have to agree after the lake (or whoever runs the account) tweeted in support of womens' rights last week.

“This lake vehemently stands with women having the right to choose,” the lake's account tweeted.

Now "Lake Superior" is trending on Twitter, and the above post has garnered over 100,000 likes and more than 12,000 retweets.

Of course, Michiganders already knew the Great Lakes were awesome, but now the Twitterverse knows that Lake Superior is, in fact, superior — although we have to shake our heads knowing that a damn lake has more sense than the U.S. Supreme Court. Kudos to whoever runs Lake Superior’s Twitter.

The lake’s Twitter account has always had a snarky, witty tone, but its clap-back game was strong on this one.

“As a Great Lake, shouldn't you be more concerned with bottled water companies sucking you dry,” someone asked.

Lake Superior responded with this zinger: “Lakes have the capability of holding many concerns simultaneously. Are humans not capable of this?”

This Governor is proud of Lake Superior, which has really earned its name. https://t.co/bdlCa6e0VV


Other lakes, including Lake Erie and Lake Michigan, also jumped on the bandwagon to express their support for womens' rights in this mindfuck of a situation around abortion in Michigan.

But perhaps our favorite part of this whole thread was Lake Superior’s clap back at pro-Trump conservative activist Tom Fitton, which literally made us spit out our water.

Thomas, not even your first talking point is correct. Water is not wet, what water touches is wet.

I'm confident I have a lot more experience in making things wet than you do.


We’re pretty sure Lake Superior has more experience in making things wet than the entire U.S. Supreme Court combined, too.