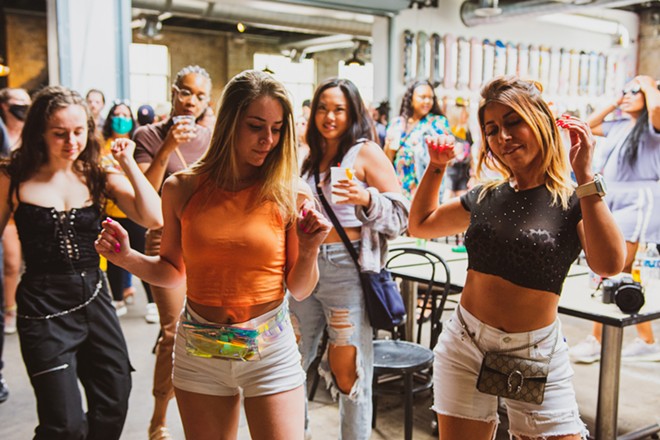 Select events happening in metro Detroit this week — a special Movement Festival edition. Submit your events to metrotimes.com/calendar. Be sure to check venue websites for COVID-19 policies.

Pretty much as soon as it opened just in time for last year’s scaled-down “Micro Movement” Festival, new venue Spot Lite established itself as a favorite in Detroit’s electronic music scene, thanks to its scrappy, warehouse-like vibe and its owners’ love of all things house and techno. The venue is the perfect location for DJ Ash Lauryn’s “Underground & Black” showcase, a homecoming of sorts for the DJ, who now calls Atlanta home. Lauryn, who we profiled in our Music Issue back in March, had long been a fan of electronic music before she ever hit the decks, coming up in Detroit’s rave scene in the early 2000s. She told Metro Times that she was inspired to start making her own music after seeing a lack of Black millennial women DJs. In that spirit, her Movement weekend day party includes a lineup of mostly young Detroit DJs, including Kyle Hall, Stefan Ringer, Deon Jamar, Lorenzo Dewberry, AK6405, and The AM. —Lee DeVito

This one’s for fans of the dark side of electronic music — industrial, EBM, minimal-synth, and the like, selected by Noah Anthony, with a massive yet entirely appropriate amount of fog machine haze to go with it. According to the event’s listing, this time the Something Cold DJs will be joined by Noah Anthony, who apparently tore the club up with “his crushing PA from our six-year anniversary seven years ago.” —Lee DeVito

Have you ever raved in a freaking deli? Probably not, but that’s OK because here’s your chance to do so. Of course, none other than Detroit’s Sheefy McFly, aka Edward Elecktro, would host a rave in a sandwich shop, because why not? This unofficial Movement Festival afterparty is going down both Saturday, May 28 and Sunday, May 29 at Nathan’s Deli in Detroit. DJs ThreeThirteen, Monaco.png, Drummer B, and more will provide the sounds. McFly will also be on deck with art and merch on sale, and yes, you can grab a corned beef sandwich to stave off your late-night munchies. —Randiah Camille Green

The Movement Festival festivities continue with a screening of Jeff Mills’ experimental film, Mind Power Mind Control, on Sunday at Cinema Detroit. Really, it’s a collection of conceptual clips from the musician and artist tied to his newest album Mind Power Mind Control. Esoteric sounds and seemingly random video clips come together to make this abstract piece that aims to put viewers in a dream-like state. (We’re going to assume “dream-like state,” means a psychedelic drug-induced state of consciousness.) Mills created the film over the past six years, incorporating themes of self-power using the mind, special human abilities, and other weird shit. He’ll explain it better as he introduces the film at the beginning of each screening. The film is approximately 60 minutes long and there are three showings on Sunday at 5 p.m., 7 p.m., and 9 p.m. All proceeds from ticket sales will be donated to the Detroit Public School System Music Education and the Underground Music Academy. —Randiah Camille Green

Screenings at 5 p.m., 7 p.m., and 9 p.m. on Sunday, May 29 at Cinema Detroit; 4126 Third Street, Detroit. Tickets are $8 and can be purchased online in advance at axisrecords.com. Seats are limited to 100 people per show and doors open 30 minutes prior to each screening. No photography or video recording is allowed inside the theater. 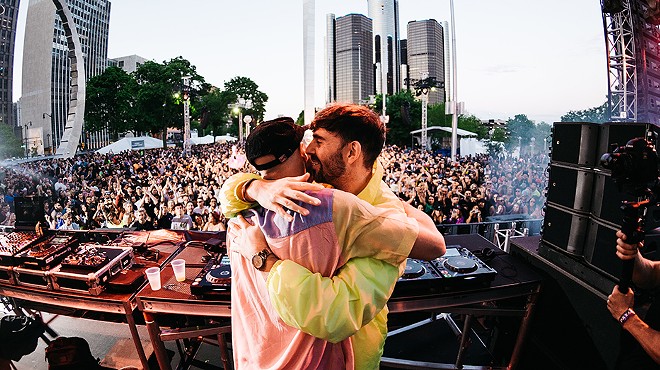