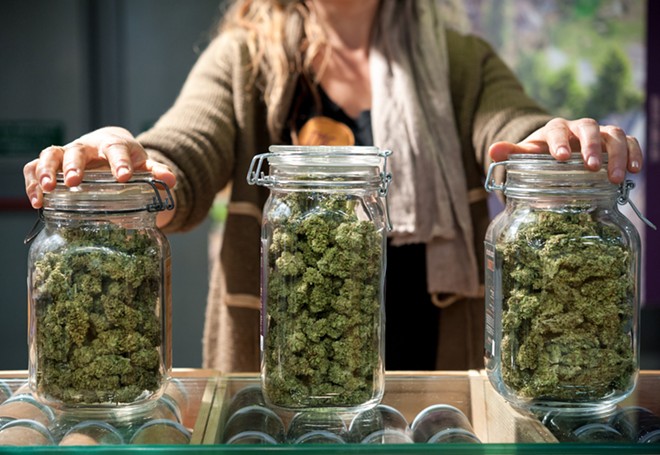 House of Dank, which operates four medical marijuana dispensaries in Detroit, takes aim at a provision in the ordinance that prevents medical facilities from getting a recreational license until 2027.

The company is asking the Wayne County Circuit Court to strike down the provision, saying it violates the state law governing recreational marijuana.

“The city is attempting to give certain preferred newcomer applicants an artificial head start by preventing Plaintiffs (and other existing medical marijuana provisioning Center licensees in the City) from even applying for adult-use retailer licenses until at least 2027 – which clearly violates both the letter and spirit of the Michigan Regulation and Taxation of Marihuana Act,” the lawsuit, filed by Kevin Blair of the Honigman law firm, states.

The Detroit City Council approved the new ordinance on April 5 with an 8-1 vote.

The lawsuit comes nearly a year after a judge deemed the city’s original recreational marijuana ordinance “likely unconstitutional” because it gave preferences longtime Detroiters. The city scrapped the ordinance and gave it another go.

Under the new ordinance, the city offers two tracks for licenses so that "equity" and "non-equity" applicants aren’t competing with each other. The goal was to avoid another lawsuit by still offering licenses to non-Detrotiers.

But the new ordinance goes too far, the latest lawsuit argues, and would likely result in numerous medical marijuana dispensaries going out of business.

"Under the worst case, and most likely, scenario, the city will have awarded all 100 of its allowable retailer licenses by 2027, leaving plaintiffs unable to obtain even one such license, which will ensure the financial ruin of their businesses, as well as the termination of dozens of employees, many of whom are residents of the city," the lawsuit states.

Now that recreational marijuana is legal, fewer people are getting medical cannabis cards because they cost money and take time to obtain. The number of active medical cards fell from more than 264,000 in 2020 to fewer than 232,000 so far this year, a 12.2% decline, according to the state’s Marijuana Regulatory Agency (MRA).

That has spelled serious trouble for the medical cannabis dispensaries in Detroit that have hung on and waited for the city to allow recreational sales.

The city declined to comment on the lawsuit, saying officials have not yet had time to review it.