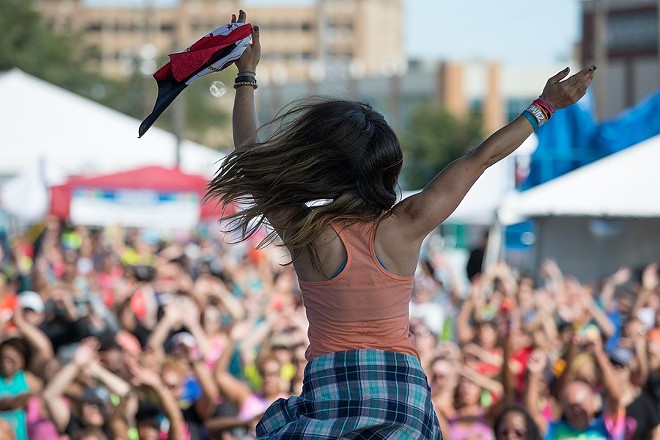 Looks like we won’t be getting to smoke weed at Arts, Beats & Eats in Royal Oak this year after all. City officials rejected a proposal to add a consumption lounge to this year’s Labor Day weekend festivities during a Monday night meeting.

The pot-smoking tent would have allowed for both the sale and consumption of marijuana, with a capacity of around 362 people. It would have also included several industrial fans to disperse the smoke.

The annual family-friendly event typically draws around 400,000 people, and concerns were voiced about public safety and children being exposed to secondhand smoke. Now in its 25th year, it’s one of metro Detroit’s largest outdoor summer festivals.

These concerns were mostly voiced by Police Chief Michael Moore, who cited other events in Michigan that have allowed pot were much smaller with between 500 and 2,000 people in attendance. He said he spoke with law enforcement agencies that have worked the aforementioned events and they echoed his sentiments.

"Out of the law enforcement officials that I personally spoke with, most if not all of them expressed concern with what is before you tonight," Moore told the commissioners.

Moore also said that those events with marijuana licenses typically don’t have alcohol available for sale while Arts, Beats & Eats does.

Last year the dispensary House of Dank became the festival’s first cannabis sponsor, though no actual weed was for sale at the event.

The proposal failed at a narrow margin with a 4-3 vote, but the issue may be considered again in the future. Residents were also divided, with some expressing excitement at the idea and others being concerned for their children.

Several officials, like DuBuc, want to wait and see how other large events of this scale approached allowing marijuana, and then maybe Arts, Beats & Eats can follow suit.

“I don’t think we need to be the trailblazer on this,” DuBuc said.