A retired optometrist even threatened to ‘lynch’ a Black person, the DOJ said 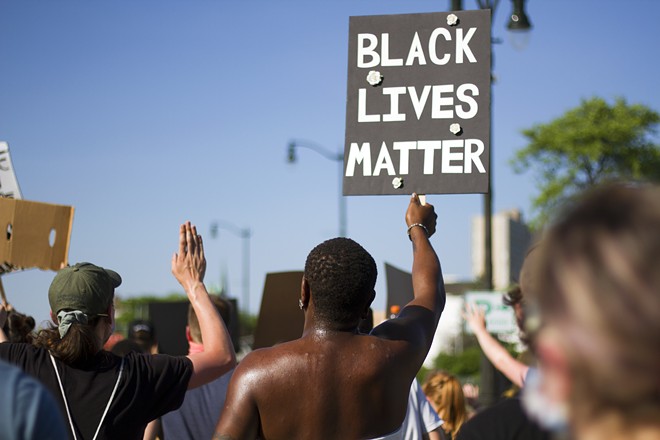 A retired optometrist from Saginaw was charged with hate crimes for allegedly intimidating Black Lives Matter protesters and threatening to lynch a Black person, the Justice Department announced Wednesday.

Kenneth D. Pilon, 61, is accused of calling nine Starbucks stores in Michigan in 2020 and telling employees to tell their co-workers wearing Black Lives Matter shirts that “the only good (N-word) is a dead (N-word).” He also told an employee that he’s “gonna go out and lynch me a (N-word),” according to prosecutors.

Pilon is also accused of leaving four nooses in parking lots and a fifth in a 7-Eleven store in the summer of 2020. Each noose was attached to a note that read, “An accessory to be worn with your ‘BLM’ T-shirt. Happy protesting!”

Pilon has been charged with hate crime charges for “willfully intimidating and attempting to intimidate citizens from engaging in lawful speech and protests in support of Black Lives Matter,” the U.S. Attorney’s Office for the Eastern District of Michigan said.

“Specifically, Pilon intimidated and attempted to intimidate citizens from participating lawfully in speech and peaceful assembly opposing the denial of Black people's right to enjoy police protection and services free from brutality,” the complaint states.

The FBI is investigating the case.

Black Lives Matter protests broke out in the summer of 2020 following the death of George Floyd.