How a ‘not qualified,’ overzealous judge just rewrote public health law as we know it 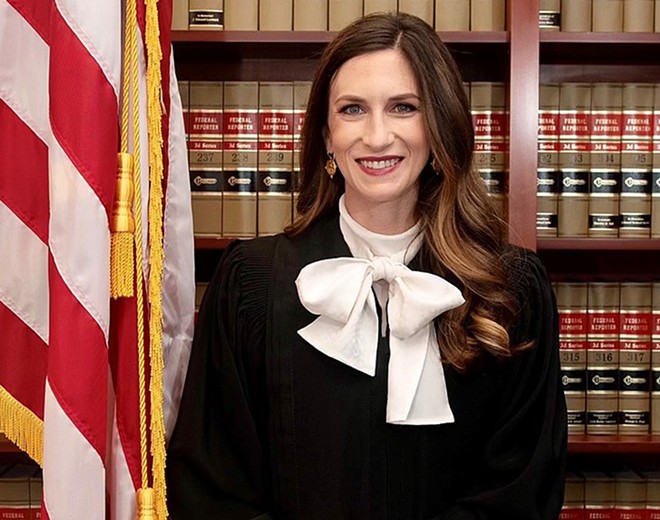 ​​I was hoping I wouldn’t have to write about COVID for a while. But last week, some Trump-appointed judge from the heart of Florida submitted a deranged Facebook rant as a legal opinion, which could have far-reaching impacts on public health efforts nationwide.

So here we are.

First, some context. In the apocryphal words of Mark Twain: The reports of the pandemic’s demise are greatly exaggerated. COVID cases have been rising for the past two weeks. And, right on cue, COVID hospitalizations have followed, ticking upward over the past several days.

To be sure, cases appear to be rising slowly — at least as far as we know. PCR testing facilities — the ones that actually report their numbers to the public health authorities — have been decommissioned across the country. Over the past month, reported testing has declined by about 20%. But test positivity has almost doubled. That suggests that we are almost certainly undercounting our current caseload.

Needless to say, this isn’t the best time to be pulling back on COVID precautions. Indeed, as I’ve written previously, the major downside of the Centers for Disease Control and Prevention’s new masking policy — which conditions masking recommendations on COVID cases, hospitalizations, and the proportion of hospital beds occupied by COVID patients — is that the metrics are lagging indicators. That sets up a scenario where masking guidelines might only kick in after COVID has had weeks to spread unfettered. As a result of recent rising cases, the CDC extended masking requirements on public transit, including airplanes and airports.

Last Monday, Judge Kathryn Kimball Mizelle struck it down in, what I have to say, is the most poorly written, loosely reasoned, and clearly politically motivated legal ruling I have ever read.

Before we cut into the ruling itself, a word about this judge. A member of the Federalist Society, she clerked for Justice Clarence Thomas (whose wife Ginni tried to overthrow our democracy). She was appointed by Donald Trump after he lost his election to Joe Biden. The youngest of his appointees, the American Bar Association declared her “not qualified” owing to “the short time she has actually practiced law and her lack of meaningful trial experience.” She was confirmed on a party-line vote by the lame duck Republican-controlled Senate. It’s only fitting that she represents the “middle district of Florida.”

U.S. public health law gives the government the powers to “make and enforce such regulations as [...] are necessary to prevent the introduction, transmission, or spread of communicable diseases from foreign countries into the States or possessions, or from one State or possession into any other State or possession,” and “may provide for such inspection, fumigation, disinfection, sanitation…”

What the judge from the middle of Florida had to say is worth reading in full.

This rant of a legal opinion now sets precedent that severely limits the powers of the federal government to respond in times of public health emergency.

Let me walk you through that legal word salad. Textualists like to try and situate a pivotal word in a piece of law in its own socio-temporal context, often turning to dictionaries from the time period in which the law was written (in this case 1944) for definitions. Not the approach I would take, but fair enough. The judge found two definitions for “sanitize,” which she identifies as the pivotal word in this law. One definition involves actively cleaning something, and the other involves simply keeping it clean.

Here’s where it gets downright silly: first, she arbitrarily decides that only one, rather than both, of these definitions can apply here. Second, she conveniently chooses the one that precludes the obvious intent of the mask mandate.

Obviously masks don’t actively clean anything. Rather, they keep the air clean of the virions that cause COVID-19. But Judge Mizelle jumps hoops to explain why, despite the fact that that’s clearly a definition of “sanitize” contemporaneous to the moment the law was written, it somehow doesn’t apply here. Her opinion is so poorly reasoned as to be laughable. I teach graduate-level public policy, and if a student submitted this to me, I would have marked them down for lazy and arbitrary logic.

The audacity of this isn’t just that the fate of millions of travelers hinges on absurd logic. It’s that this rant of a legal opinion now sets precedent that severely limits the powers of the federal government to respond in times of public health emergency. Judge Mizelle’s decision doesn’t just hamper our ability to deal with this pandemic — it neuters the government to deal with future threats to our health, too.

Critically, the Justice Department is set to appeal the ruling. They had to — otherwise, they’d be surrendering some of our country’s most foundational public health law as we know it. The tell here is that they’re not requesting a stay, meaning that it’s not as much about reinstating the transit mask mandate right now, it’s about addressing the absurd precedent this judge would be establishing if this ruling stands.

Nearly a million people have died in the U.S. during this pandemic. And the tragic, brutal irony of this is that despite it, the pandemic hasn’t redoubled our commitment to build the necessary tools and infrastructure to get it right next time. Instead, it has been further eroded. The mix of mendacity and incompetence on display in this ruling is a big reason why.

Originally published April 21 in The Incision. Get more at abdulelsayed.substack.com.