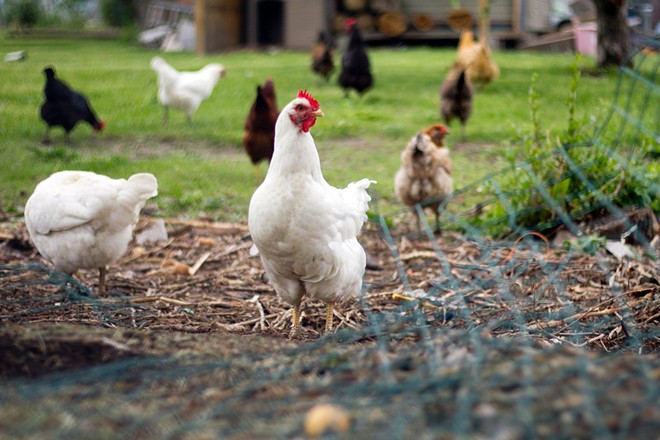 A strain of highly pathogenic avian influenza has been confirmed in domestic birds in Macomb County, the Michigan Department of Natural Resources said Friday.

It’s the second case of the contagious and lethal strain of bird flu found in domestic birds in the state. The first was detected in a non-commercial backyard flock in Kalamazoo County in February.

The virus was also identified in wild birds this month, including free-range Canada geese and tundra swans in St. Clair County, snowy owls in Macomb County, and a mute swan in Monroe County.

"This latest case of HPAI is not unexpected as wild birds are continuing to migrate and spread the disease," state veterinarian Dr. Nora Wineland said in a statement Friday. "Now more than ever, it is vital for poultry owners to take every step possible to keep wild birds away from their flocks and follow other biosecurity measures. Increasing biosecurity helps protect not only your flock but others around the state. Keeping HPAI away from Michigan’s domestic birds is a team effort."

Several birds from the Macomb County flock died, and others showed signs of illness.

The premises at the undisclosed Macomb County location are under quarantine, and the birds have been depopulated to prevent the virus from spreading.

So far, the virus does not present an immediate threat to public health, according to the U.S. Centers for Disease Control and Prevention. As of Friday, no human cases have been detected.

The bird flu has been discovered in commercial poultry flocks and backyard flocks in at least 11 states.

Since 2002, the CDC said there are only four known cases of the bird flu infecting humans in the U.S.

• Prevent contact between domestic and wild birds by bringing them indoors or ensuring they are in an enclosure outdoors.

• Wash your hands before and after handling birds.

• Disinfect boots and other gear when moving between coops.

• Don’t share equipment or other supplies with other farms.

• Clean and disinfect equipment and other supplies between uses.

• Use well or municipal water for birds to drink.

• Keep poultry food secure to prevent contact between the feed and wild birds and rodents.

Poultry owners and caretakers are asked to watch for unusual deaths, a drop in egg production, a significant decrease in water consumption, and an increase in sick birds. If you suspect avian influenza, call MDARD at 800-292-3939 in the daytime and 517-373-0440 after hours.