How Mr. and Mrs. Crumbley could spark a movement for gun responsibility 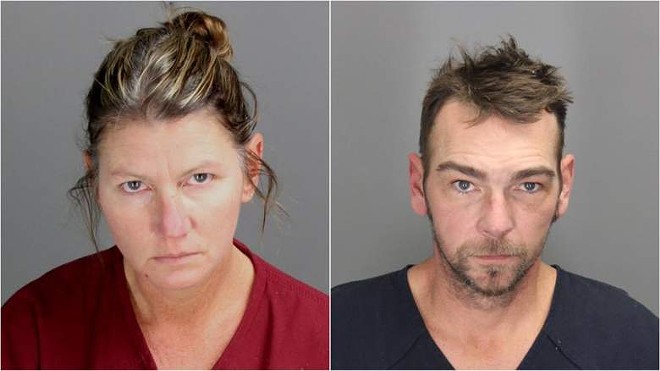 When James and Jennifer Crumbley walked in and out of that Oakland County courtroom Thursday, their chains and shackles clinked and jingled like bells on a horse-drawn sleigh.

Perhaps it was appropriate that their entrances and exits evoked the wintry sound of an old-timey Michigan Christmas.

Because when Mr. Crumbley bought that gun for his disturbed 15-year-old son late last November, he and his wife gave the hand-held murder machine to young Ethan as an early holiday gift.

Less than a week later — after Mrs. Crumbley took Ethan to the shooting range to practice — their son allegedly slaughtered four fellow students at Oxford High School and wounded six others, plus a teacher. Despite a warning from the school about Ethan’s behavior, his folks failed to take him home earlier that day because they had better things to do.

In a bold and possibly precedent-setting move, Oakland County Prosecutor Karen McDonald is charging the parents with four counts each of involuntary manslaughter. In Thursday’s preliminary hearing, they were bound over for trial by Judge Julie Nicolson of 52-3 District Court in Rochester Hills.

Theoretically, the Crumbleys might have been set free Thursday with charges dismissed or at least a lesser bond. Instead, the judge called them a flight risk and sent them back behind bars to await a trial that could help lead the state and the nation to more common-sense gun safety laws.

“There was extensive testimony that Ethan Crumbley was a troubled young man,” the judge said, “and they purchased him a gun which he did use.”

Their son is planning an insanity defense. He heard ghosts and drew demons. But how deeply does the guilt go in a case like this? Consider the chain of custody. There are only a few figurative fingerprints on this SP 2002 Sig Sauer 9mm semi-automatic handgun.

Of course, there is the shooter. His fingerprint is even on the trigger. Of course, there are parents, who encouraged him to use it. But what about the store that sold the gun for just under $500?

The woman behind that counter took the witness stand Thursday. No, she is not charged. She just recited routine details of the purchase and verified the presence of the son when dad made the deal.

She made it clear that adults aren’t supposed to purchase guns for kids.

“Don’t lie for the other guy,” says a sign in the gun shop.

And the only other party in the chain of custody for this particular pistol is the gunmaker. Of course, the gunmaker would never go on trial — at least not yet — even though the product, when used as designed, may result in death. It’s like tobacco, only quicker.

The gun “rights” lobby and its media propaganda wing will insist that conviction of the parents, in this case, could lead to a slippery slope that could eventually lead to gun dealers and gunmakers, and cause the courts to reinterpret the Second Amendment and the alleged “right to bear arms.”

And that may well be so. And, if they are right in their fears, it is worth sliding down that slippery slope hard and fast and trying to stick the landing.

It is hard to be fully optimistic. Even if McDonald wins the case at this level, the verdict would likely be appealed and possibly overturned. Imagine how the Trump-packed Supreme Court would treat it.

McDonald’s argument — that parents should be held responsible for their son committing mass murder at a school — would be a new interpretation of the law, especially in a state with no rules about locking up these efficient little death machines.

A deeply reported Free Press story last week interviewed Bill Swor, a criminal defense attorney who said the parenting of the Crumbleys was “not a crime.” Many other legal experts agree and say the only way they could be held criminally responsible is if they explicitly knew their son planned to do this at this time.

The prosecution argues that parents should at least check junior’s backpack for weapons or vows to kill in his journal. Not so, said Swor.

“Where do they come up with these obligations?” Swor told the Free Press. “There’s no law that says they have to do any of these things . . . If they can’t prove that the parents actively had some hand in it, then this is not about the criminal law.”

Perhaps his logic unintentionally makes the best argument in the case: That there should be a law against irresponsible parenting that leads to a gun massacre.

And perhaps that sort of thinking might lead people to wonder if powerful handguns should not be so easily obtained by mentally ill people through the help of other irresponsible people, including parents. And if the courts won’t or can’t fix the problem, maybe Michigan’s gun-loving Republican Legislature can think about it.

If you would excuse the metaphor, that is what makes this case a hill worth dying on for the gun safety movement.

Even if McDonald loses, she has forced us to confront a current, uncomfortable reality that accepted gun use and current, lenient gun sales laws serve not only hunters and home protectors and “patriots,” but also fear-mongers and profiteers and the homicidally insane.

On the video from the courtroom Thursday, both Crumbleys clinked quietly back to their cells with “Prisoner” written on their clothing. They shed a few tears earlier when they heard their son’s written words: “I hope my parents can forgive me for what I do.”

But do they deserve any forgiveness? Already, they’ve been locked up for almost three months. They are paying a well-deserved price. Even if they beat the rap at one level or the other, their presence in court and behind bars has already sparked a positive legal flame. Let it catch.