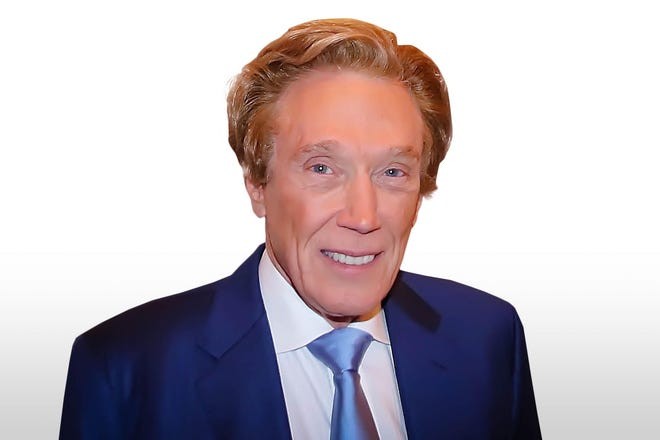 “Michiganders deserve better, demand better, and with an emphasis on quality, would have a much better government,” Johnson said.

“I am neutral in the primary but if you searched the country for the best expert to hire to make dramatic improvement in quality in state government, the perfect person you would come up with is Perry Johnson,” Wentworth said.

Johnson didn’t say how much of his fortune he plans to spend on the race. Whitmer’s reelection campaign holds a multimillion-dollar fundraising advantage over Republicans. In November, Whitmer had $12.6 million on hand.

The Democratic Governments Association called Johnson “another out-of-touch self-funding millionaire” who has joined a “crowded” and “messy” field of candidates running “to the far right.”

“Insiders tried to hand the GOP nomination to James Craig in gift wrapping, but all he did was open up an even more crowded and expensive primary,” Newton said. “While these out-of-touch candidates attack each other and push extreme agendas, Gov. Whitmer continues to address the biggest challenges facing Michiganders. That includes Gov. Whitmer's record of landing 4,000 new jobs with General Motors in Michigan, delivering $400 checks to drivers to save money on auto insurance, and bringing public education funding to historic levels — without raising taxes.”

“Perry Johnson’s entry into the Republican gubernatorial race brings the clown car count back up to 12 and doubles the amount of out-of-touch millionaires trying to buy their way through this crowded and messy primary,” Applewhaite said. “But we can think of at least one Michigander Johnson can help given his background in the certification industry. James Craig is still trying to paper over the fact that he wasn’t certified to make arrests or issue warrants for the last decade of his career despite promising to do so.”