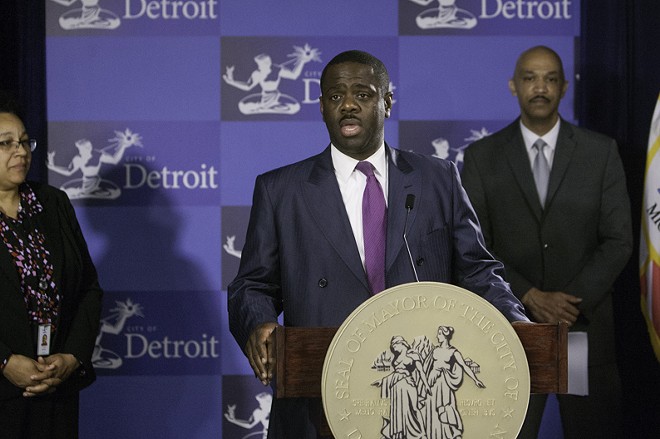 Former Detroit City Councilman Andre Spivey was sentenced to two years in federal prison on Wednesday for receiving more than $35,000 in bribes.

Spivey was the first person to be charged as part of the federal government’s ongoing “Operation Northern Hook,” an investigation into corruption within Detroit government and the police department related to towing contracts.

The investigation is ongoing.

Spivey is the second Detroit councilman to be sentenced for bribery in the past year. A grand jury indicted Councilman Gabe Leland on bribery charges in October 2018, and he resigned in May 2020. A month later, he was sentenced to probation.

Spivey resigned from council on Sept. 29. The day before, Spivey pleaded guilty to conspiring with an unidentified staff member to commit bribery.

Spivey and the staff member collected more than $35,000 in cash bribes from an undercover agent or confidential informant on eight different occasions between 2018 and 2020.

On Aug. 25, the FBI raided the homes and offices of council members Janeé Ayers and Scott Benson, who are under investigation for their alleged roles in the towing scandal.

In the general election earlier this month, Ayers lost her seat.

Four current or former Detroit cops have been charged with bribery in connection with the investigation.

In a separate towing scandal, six Detroit cops were sentenced to jail in an extortion scheme.