Pine Knob is back 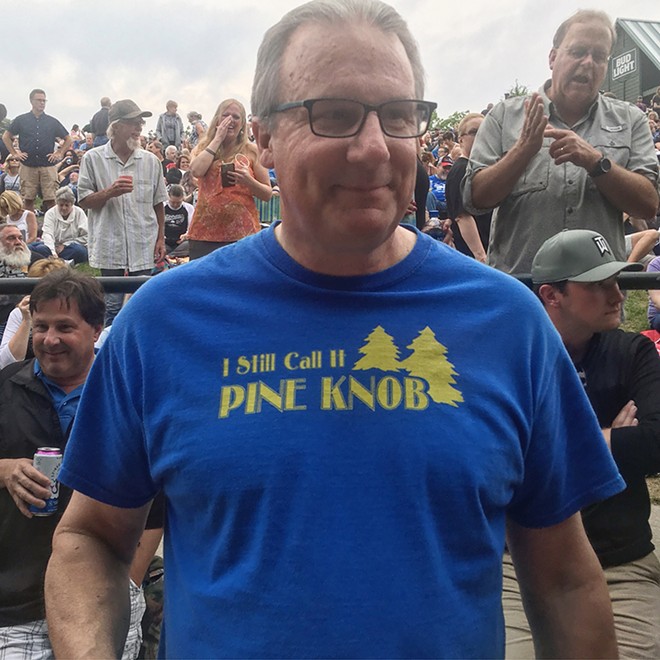 Of course, plenty of people never stopped calling it Pine Knob, but Pine Knob Music Theatre is officially back.

313 Presents announced Friday that Clarkston's DTE Energy Music Theatre will now once again be known as its former name, beloved by boomers — and just in time for the venue's 50th anniversary this summer.

The rebranding comes with a new, retro-style logo. It also comes with new corporate sponsors in United Wholesale Mortgage and Trinity Health, which have naming rights to the venue's entrances, box offices, and a lounge.

"This is only the beginning as we look to our 50th anniversary and beyond to engage and bring the best in live entertainment and activation to our guests," 313 Presents president Howard Handler said in a statement.

"Like myself, colleagues from across our health system have fond memories of having spent many summer nights with friends and family out at Pine Knob Music Theatre," said Trinity Health Michigan president and CEO Rob Casalouin in a statement. "I congratulate the 313 Presents team on bringing back such an iconic name and look forward to promoting good health and good music together here in our community."

Pine Knob Theatre was originally named for its proximity to the nearby Pine Knob ski resort. The venue first opened to the public on June 25, 1972 with a performance from David Cassidy, the largest outdoor amphitheater in the U.S. at the time.

The name was changed in 2001 when DTE Energy purchased naming rights in a $10 million deal. But like other things Detroiters stubbornly insist on calling by the wrong name, it continued to be known by many as simply Pine Knob.

You can follow the venue on its new social media handles at @PineKnobMusic on Tiwtter, Pine Knob Music Theatre on Facebook, and @PineKnobMusic on Instagram. More information is available at 313presents.com/venue/pine-knob-music-theatre.