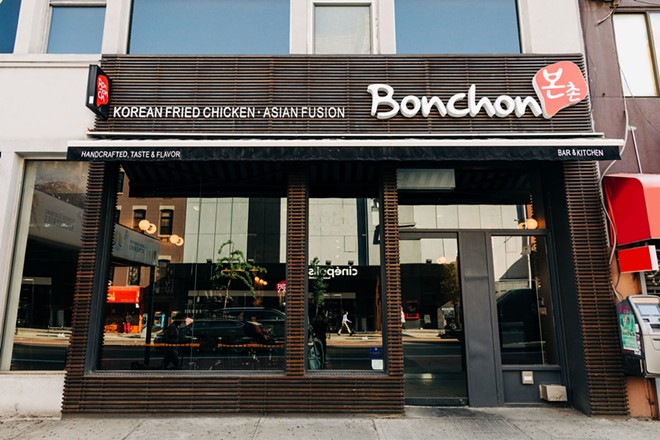 Courtesy of Bonchon
A Bonchon restaurant.

Word first got out in August that Korean fried chicken chain, Bonchon, was expanding to metro Detroit and Ohio, opening a total of five new stores.

The first metro Detroit store is slated to open next week and Bonchon is serving out free sandwiches for the first 100 customers.

On Dec. 29, Bonchon Farmington Hills will have its grand opening for the public beginning at 11 a.m.

Originally slated to open in October, the chain will be located at 27915 Orchard Lake Rd., in the Orchard 12 Shopping Plaza.

Bonchon was founded in 2002 in South Korea and opened its first location in the United States in 2006. Bonchon has more than 370 locations worldwide including the Philippines, Thailand, and Vietnam.

A second location is planned to open in Troy next year.

An earlier version of this story said this was the chain's first expansion into Michigan, that was incorrect. There was a Bonchon located in Grand Rapids from December 2018 to September 2019.