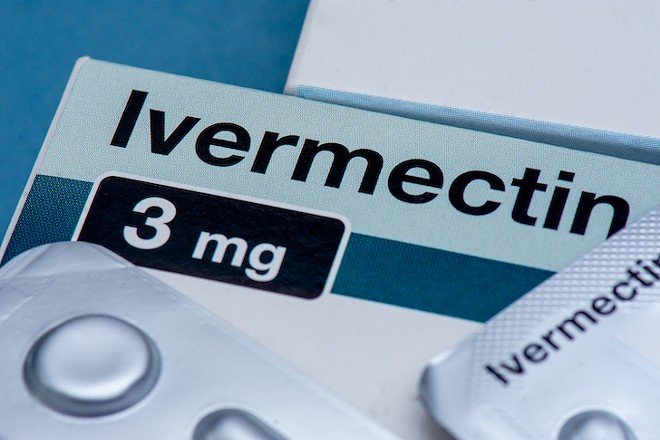 Photo via HJBC / Shutterstock.com
The Food and Drug Administration has not approved the use of ivermectin to treat COVID-19 in patients.

The Michigan Court of Appeals has ruled that a hospital can’t be forced to treat a COVID-19 patient with the controversial anti-parasite medication ivermectin.

The court said it would set a dangerous precedent if it ordered doctors at St. Joseph Mercy Hospital in Ann Arbor to treat the man with ivermectin, the Associated Press reports.

"A court directive in this matter could open the door for a flood of similar suits from other patients with COVID-19, not to mention other conditions, suing to obtain care that is contrary to hospital policies," the court said Friday.

The daughter of the 68-year-old patient sued the hospital to force the treatment after the hospital refused to use ivermectin.

The man has been hospitalized with COVID-19 since Nov. 6, and the infection has subsided, though he still has severe lung problems and other health troubles.

The lawsuit is among at least two dozen filed across the country demanding the treatment of ivermectin, which has not been approved by the Food and Drug Administration to treat COVID-19 patients. Doctors have warned that ivermectin can be lethal. The FDA has approved its use for infections of roundworms, lice, and other small parasites in humans.

Ivermectin, which is commonly used as a dewormer for farm animals, has become popular among some anti-vaccine conservatives because of right-wing commentators who endorse its use despite a lack of evidence that it’s an effective treatment for COVID-19 patients.