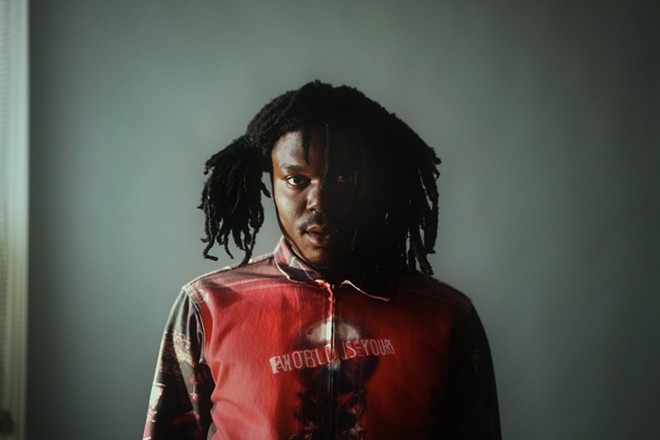 It could be argued that Chicago is a breeding ground for gifted emcees (even if one of them is, well, Kanye).

Moving up in the ranks is 25-year-old Lucki — who first stunned with his 2013 debut, Alternative Trap, and has since worked with Chance the Rapper, Earl Sweatshirt, FKA Twigs, and Detroit’s own Danny Brown.

Having openly struggled with addiction, which put much of his life on pause, Lucki reemerged in 2019 with critically acclaimed mix tapes Freewave 3 and Days B4 III. The mix tapes paved the way for last year’s well-rounded and self-explorative Almost There, which has been described by critics as “landing, like, a three-pointer in the final seconds of a blowout second quarter in game seven of the NBA finals.”

Through hazy trap beats and his muffled stream-of-consciousness- style of rap, Lucki tackles drugs, heartbreak, the allure of fast cars and a fast life, all while staying grounded in his point of view. “Find a way to leave me by myself, pick a flaw,” he raps on “Pick a Flaw.” “It ain’t a phase, I’m a demon by myself, leave it to God/ Show me you love me, I can leave here tomorrow.” Pasto Flocco and Sid Shyne are also on the bill.