The nonprofit advocacy group Detroit Disability Power has filed a complaint with the city, saying people with visual impairments cannot access information about satellite voting locations ahead of the November election.

The group alleges the city is violating the Americans with Disabilities Act by failing to provide accessible information on satellite polling locations on its website for people with visual impairments.

"We are five days out from Election Day and still the City of Detroit's website does not have screenreader-useable information about the upcoming said Dessa Cosma, executive director of Detroit Disability Power, said in a statement Thursday. “The disability community should not have to fight so hard to have basic accommodations, such as accessible information about where we can vote or drop off our ballots. There are more than 128,000 disabled residents of our city, including more than 27,000 Detroiters with visual impairments. We want to engage in the democratic process––it must be accessible."

The satellite voting locations are only available via a downloadable PDF, which a screen reader cannot access. Screen readers enable people with visual impairments to navigate computers.

Detroit Disability Power says it has made the Clerk’s Office aware of the issue for weeks, and the problem still has not been addressed.

This is far from the first time that the Clerk’s Office has come under fire for its handling of election information. In recent elections, Clerk Janice Winfrey's office has added unnecessary hurdles to voting by posting signage with incorrect polling hours, failing to send absentee ballots on time, and reducing satellite voting and absentee ballot box locations.

Voting rights advocate Denzel McCampbell is running against Winfrey in the general election.

People with visual impairments can access information about how to vote in Detroit at michiganvoting.org and 313votes.org. 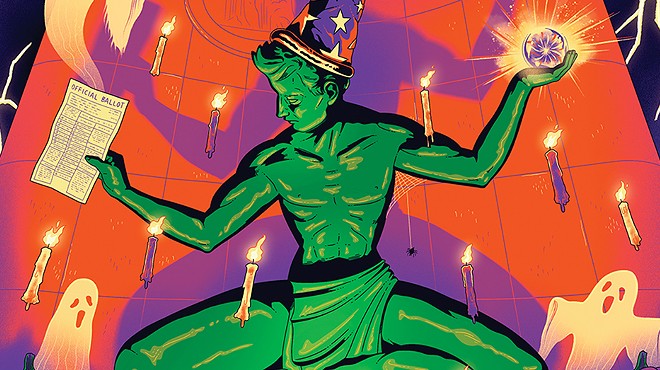 A guide to Detroit’s election on Nov. 2