Why is so much weed being smuggled from Canada, where it's legal, to Michigan, where it's also legal? 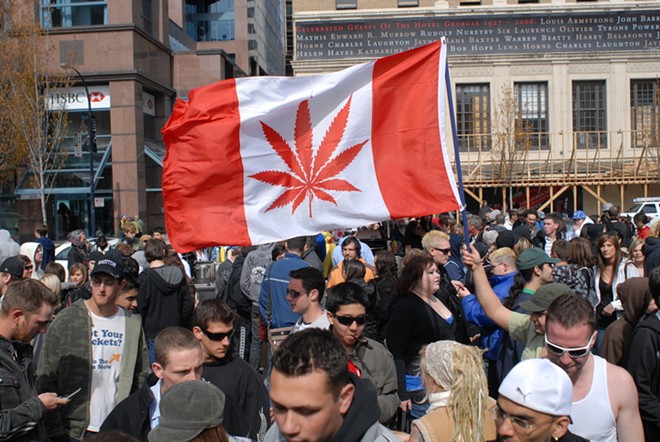 Marijuana was legalized for recreational use in both Michigan and Canada in 2018. Yet seizures of illegal pot at the U.S.-Canada border have increased sevenfold since then, according to Customs and Border Protection officials and reported by MLive.

This year alone, officials have seized nearly 15,000 pounds of marijuana at the Michigan border, compared to 2,189 pounds seized in 2018.

People have gone to some pretty ridiculous lengths to smuggle weed from Canada, where weed is legal, and Michigan, where weed is also legal. Last year, when the border was closed to all but frontline workers due to the pandemic, a Canadian nurse abused her privileges to sneak 150 lbs. of pot into Detroit. Then there was the guy who was caught using a tiny submarine in an attempt to smuggle 265 lbs. of pot across the Detroit River.

Unsurprisingly, most of the pot isn't destined for Michigan, but rather on the way to states where cannabis is still illegal, like Tennessee and Georgia, officials say.

"With Michigan being a recreationally legal state, anyone bringing drugs from Canada will probably be best served to sell those drugs in a state where they can maximize their profit," Drug Enforcement Agency Detroit Field Division spokesperson Brian McNeal told MLive. "Logic would suggest that not all, if any of those drugs are destined for the state of Michigan."

Meanwhile, seizures are declining at the border of Mexico (where "marijuana" got its name), down to 200,000 this year from 723,000 in 2016. Cannabis is in legal limbo in Mexico, with a conflict between the country's Supreme Court, which voted to legalize pot for adult use earlier this year, and Mexican Congress, which has not yet passed legislation to allow the legal sale of marijuana.

Seems like if officials don't want weed flooding into the U.S., they should simply legalize cannabis at the federal level.