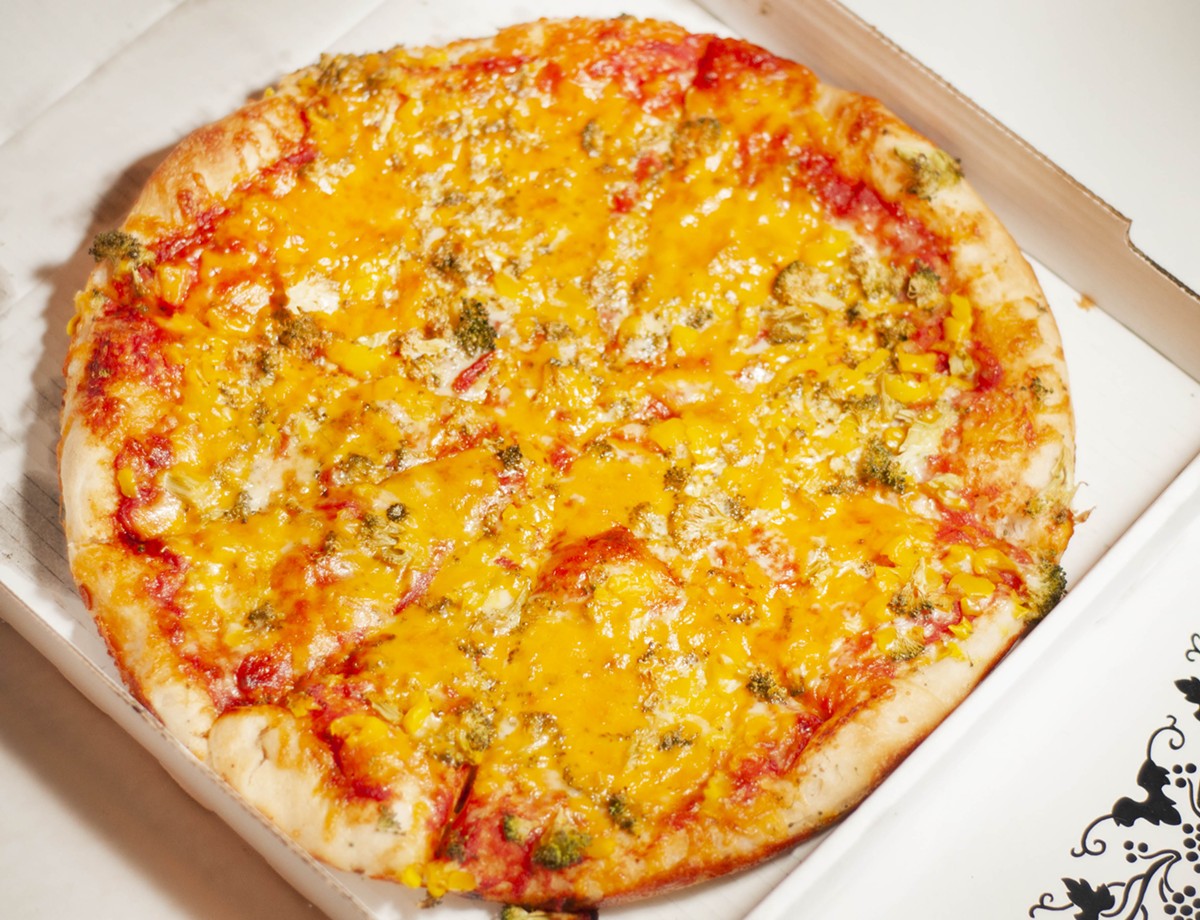 Metro Detroit is the land of 1 million pizza shops and the increasingly crowded field makes it difficult for new stores to stand out, or for old favorites to protect their turf. Most commonly, restaurants that are new to the game are corporatized or focus on any number of pizza phylum — Detroit-style, NY-style, Neapolitan — or "elevate" the dish with sourdough crusts in pies cooked in 1,000 degree dome ovens, for example.

Sportsman's Pizzeria isn't like that. Owner Todd Heissenbuttel opened his Wyandotte shop on his 21st birthday in 1989, and the restaurant remains of an era from my youth when pizza was mostly just pizza — there weren't so many styles to choose from, or so much snobbery around the concept.

Not that snobbery is bad, in fact, it's quite good, but Sportsman's a refreshing change of pace. The problem of the day, Heissenbuttel said, was the commercialization of the local pizza industry, with Domino's, Little Caesars, and the like dominating the market. Sportsman's set out to be the independendent alternative with quality ingredients, goods made from scratch in-house, and a menu holding several strokes of genius, like the application of pizza dough in place of sub buns, or its pepperoni rolls, which a friend somewhat accurately described as a "pizza burrito."

Among the best pies, however, is the "Double Play," a thin crust pizza with double cheese and double pepperoni in which the onslaught of cheese and meat do their thing while the crust largely gets out of the way.

We also ordered a regular pie with my dining partners' favorite combo — broccoli, banana peppers, and cheddar and mozzarella cheeses. Broccoli can be a distraction on a pizza because a branch of it will dominate the flavor profile, but Sportsman's breaks it up into small, manageable doses. The regular crust is a little thick, soft and slightly chewy with a good bit of crunch.

The pepperoni rolls are indeed burrito-esque in their shape, but also in the way the crust absorbs the cheese and pepperoni grease, which gives the dough an almost tortilla-like quality in some bites, though there's a bit more puffy crust at either end of the roll.

We asked for one with red onion, green olives, and banana peppers, which was excellent. A tip on ordering the rolls — they come standard with pepperoni, so if you don't want meat, then ask for it to be made without the peps.

The New York white chicken roll is packed with less stuffing than the other roll, but doesn't need it — there's plenty of flavor from the feta, mozzarella, olive oil, and chicken. It was more subtle but no less enjoyable. Heissenbuttel has built out a roster of about two dozen rolls over the years, among them a breakfast roll made with eggs, several variations of a "Mexican" roll and chicken cordon bleu with the bird, ham, garlic butter, and Swiss cheese.

Like I said, Sportsman's also employs its pizza dough in its subs, which are among the restaurant's highlights. Instead of a bun, the dough partially wraps around the subs' filling, giving it a heartier dimension than bread might. The Brooklyn Italian comes with ham, pepperoni, salami, banana peppers, and provolone — classic pizzeria sub material, and Sportsman does it well. The three takes on a steak and cheese sub seem to be the store's most popular options.

Carryout pizzerias aren't typically known for their desserts, but Sportsman's sweet offerings incorporate pizza dough so they demand a look. The Overtime Roll (which my friend's lovingly call the "Overweight roll") comes stuffed with a homemade chocolate ganache and is a banger dessert.