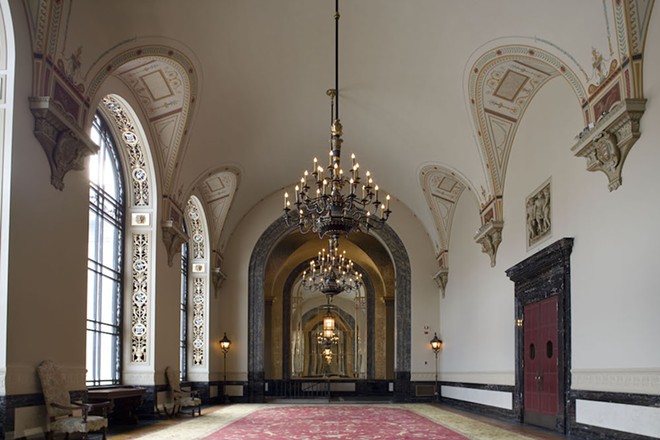 After 19 months of empty seats, a blank screen, and virtual screenings, a popular event space is ready to welcome audiences back.

Starting Oct. 15, the Detroit Film Theatre will reopen its doors for its fall season, which will kick off with four screenings of the 2021 Todd Haynes-directed documentary on the Velvet Underground, The Detroit Free Press reports.

The 1,050-seat theater located within the Detroit Institute of Arts will operate with a capacity limit of 300 guests once it reopens.

According to Elliot Wilhelm, the theater's director and film curator, selecting films for this season was a challenge.

"There was a year-and-a-half of movies that didn’t get seen on the screen," Wilhelm told the Free Press. "So it was much more difficult to whittle down to the films that are on this program."

What else is on the film docket this season?

There's On Broadway, a documentary about New York City's theatre scene pre-pandemic; The Macaluso Sisters, a 2020 drama about five sisters, orphaned and navigating life in Sicily; a French cult thriller from 1969, La Piscine; and, in December, the popular Cat Video Fest returns with floofs, fluffs, and toe beans.

DFT's family series, which screens a selection of international animated films and shorts, will resume in November on Saturday afternoons.


Along with the reduced audience capacity, guests must show proof of vaccination to attend a screening, along with their photo ID. Masks are also mandatory and must be worn throughout the duration of the screening.

Tickets and showtimes are available now via dia.org.