Michigan has one of the largest populations of women serving life without parole in the U.S., new report finds 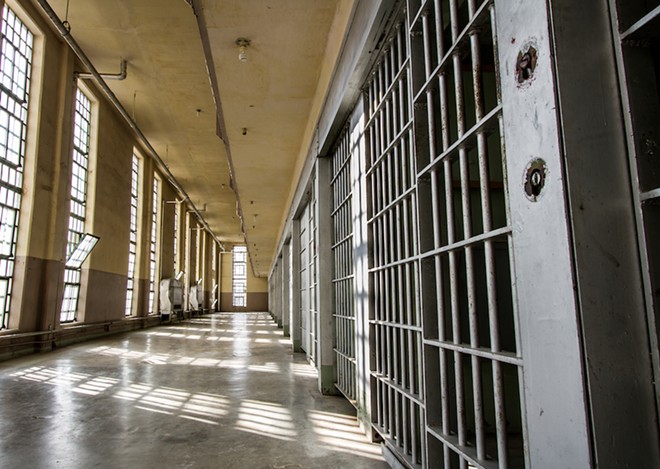 Shutterstock.com
In Michigan, one in 11 Black women is in prison for life without parole sentences.

Of Michigan's 31 prison facilities, only one is a women-only correction facility. Though Huron Valley Women's Correctional Facility in Ypsilanti has seen a decrease in the number of incarcerated women, there has been an increase in the length of their stay, rising from 5.8 years in 2007 to 6.7 years in 2017.

“The imposition of life without parole and death sentences on women characterizes the worst forms of cruelty in the American corrections system,” Ashley Nellis, author of the report and senior research analyst at The Sentencing Project, said in a statement. “To mark individuals as beyond repair and only worthy of dying at the hands of the state is a shameful practice that should be abandoned immediately."

The study also found that one in four imprisoned Michigan women with life sentences played a minor role in the crime they were found guilty of aiding, such as serving as a getaway driver, yet they are sentenced as harshly as the crime's main perpetrator.

Socialist journal Against The Current estimates that 40-80% of women convicted of murder acted in self-defense against their abusers. Those women convicted of murder rarely have criminal histories, whereas many men serving out sentences for homicide or manslaughter have past violent records. The journal also found that one-third of murdered women are killed by male partners. Only 4% of murdered men are killed by female partners.


Executive director of the National Black Women's Justice Institute, Sydney McKinney, Ph.D., MPH, MA, suggests ending the use of extreme sentences to instead invest in communities and resources that help communities of color heal and thrive.

"The overwhelming majority of Black women who come in contact with the criminal legal system have experienced deep trauma and harm in their lives," McKinney said. "We know that criminalization and incarceration cause more trauma and do not increase community safety—and extreme sentences exacerbate this. We need to end the use of extreme sentences, and we must invest in the livelihood of community members and create thriving neighborhoods through resources that support and promote healing."

The full study can be found at sentencingproject.org.