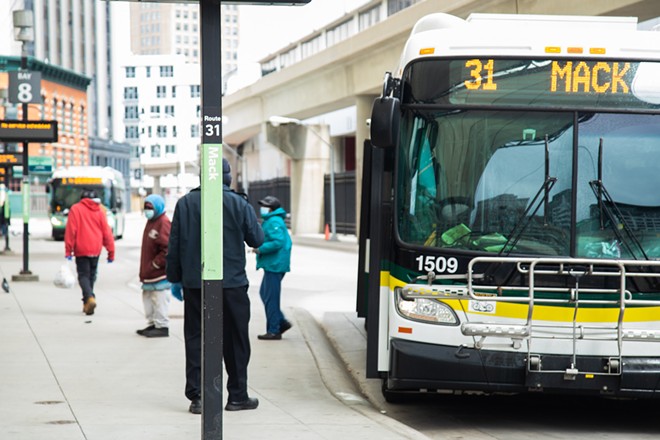 City of Detroit
People wearing masks to protect against COVID-19 in downtown Detroit.

Low-income Black households were hit disproportionately hard by the coronavirus, experiencing more job losses, debt, and food and housing insecurities during the first few months of the pandemic, according to a new study by Princeton University.

While numerous studies of COVID-19 have focused on the racial disparities in the U.S. health care system, the Princeton University research highlights the socioeconomic impact of COVID-19 by race.

“It became clear that while all low-income households struggled in the early months of the pandemic, Black households in America were disproportionately affected,” the study’s co-author Diana Enriquez, a doctorate candidate in Princeton’s Department of Sociology, says in a statement. “Even among low-income populations, there is a marked racial disparity in people’s vulnerability to this crisis."

Low-income Black households were hit disproportionately hard by job losses during the early months of the pandemic. At the end of April, 48% of the Black households reported losing a job, compared to about 30% of the white households.

“The survey results really reinforce the extent to which the COVID-19 crisis has kneecapped those households who were already in a tenuous position near the poverty line,” said the study’s co-author Adam Goldstein, assistant professor of sociology and public affairs at Princeton’s School of Public and International Affairs. “Research shows that these types of debts and unpaid bills — even small ones — can compound over time and trap low-income households in a cycle of financial distress.”

In April, Metro Times highlighted how the coronavirus exposed the deadly impact of poverty and racial disparities in metro Detroit.