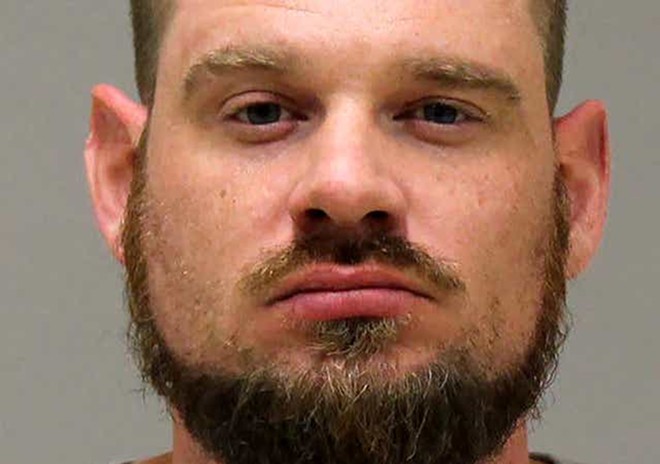 Remember 1,000 years ago in December, 2019, when everyone was afraid that the grisly Joker could inspire mass shootings? New details from the alleged domestic terrorist plot to murder Gov. Gretchen Whitmer seem like something straight out of the film.

According to new details from the Michigan Attorney General's Office and first reported by the Detroit Free Press, the accused ringleader of the thwarted plot — Adam Fox, 37, of Grand Rapids — wanted to perform the executions on television.

The brief contains other details, including that collaborator Pete Musico, 42, of Munith, claimed to have thrown a Molotov cocktail in a police officer’s home, and tried to get a Michigan State Police trooper to touch him at a rally at the Michigan State Capitol. Another collaborator, the militia group Wolverine Watchmen, also had a private Facebook group for "Boojahidden only," a play on the term "mujahedeen," or guerrilla fighters in Islamic countries and a reference to the "Boogaloo," a Second Civil War anticipated by a group called the "Boogaloo Bois."

Private Facebook groups have been linked to the alleged domestic terrorist plot. After Metro Times reported on violent rhetoric against the governor in private Facebook groups, Whitmer wrote an open letter to Facebook CEO Mark Zuckerberg pleading for the company to do a better job of enforcing its own terms of use barring hate speech.

Fox faces up to life in prison for federal kidnapping charges. Musico was released on bond Oct. 30 with a GPS tether. Fourteen other men have been charged in connection to the plot.