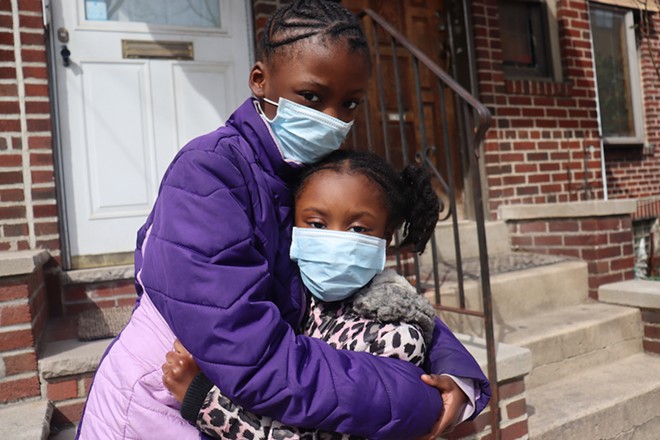 Gov. Gretchen Whitmer has received praise, criticism, death threats, and even a foiled kidnapping attempt due to her swift and strict response to the COVID-19 pandemic, but it turns out the Mitten State was victorious in at least one key metric: closing the racial disparity of the impact of the virus.

A new report published by Politico found several states led the way when it came to their pandemic responses. The report, which condensed the findings from interviews with health researchers, public officials, and academic experts, discovered that a handful of states, including Michigan, implemented effective policies to confront the pandemic's assault on vulnerable populations, as well as on the economy, public education, and housing stability.

During March and April, Michigan was a hotbed for the virus and, at one point, Detroit's coronavirus death rate had surpassed that of the virus's U.S. epicenter, New York City. Health officials told Metro Times that flights from Asia and Europe, international connections to the auto industry, a primary election, and a densely populated city reliant on public transit — not to mention a delay in closing down restaurants, bars, and casinos — may have been main contributing factors in sealing Detroit's devastating hotspot status.

But the virus also hit Michigan's Black population hardest. As Politico notes, Black Michiganders, which make up just 14% of the population, accounted for more than 40% of the state's coronavirus deaths.

“COVID-19 has taken a disproportionate toll on Michigan’s communities of color and I am confident this task force will help us identify the factors driving this disparity and to identify actions we can take to create a more equitable Michigan for everyone,” Gov. Whitmer said in a release at the time. “Each of the task force members will provide a unique perspective and play a vital part in identifying these barriers and ensuring all Michiganders have equal access to critical resources when they need them most.”

Michigan's task force was one of a handful of similarly focused task forces in the country.

“Michigan, I think, is impressive because they created that task force on racial disparities early on,” Heather Howard, a health strategist and the former state health commissioner in New Jersey told Politico. “And a clear focus of the task force has been incorporating equity into the long-term recovery from the pandemic.”

According to the report, the task force expanded testing to communities of color, including mobile testing units. The state's rapid response in containing the virus by locking down vulnerable populations in nursing homes, homeless shelters, and prisons was also key. Michigan was also one of the first states — and remains one of the few — to test every prisoner.

By September, the state successfully narrowed coronavirus disparities with Black residents making up just 8% of new cases and 10% of deaths. Now, Detroit has one of the lowest rates of coronavirus in the state, according to an analysis by Bridge.

Other states credited with effective pandemic responses include Colorado, which managed the economic fallout by distributing unemployment funds quickly and combating fraudulent claims, whereas Washington state, home of the first reported U.S. COVID-19 case, earned praise for its rapid coordination in protecting vulnerable communities by extensive data sharing and by using their allocated increase in Medicaid funds to aid those in nursing homes.

Vermont received the highest compliment from the nation's top infectious disease expert, Anthony Fauci, who called the small state a “model for the country,” due to the flattening of its initial wave by investing in testing and contract tracing early on, reopening slowly, letting local officials make the rules, and by implementing strict visitor stipulations, like having those from hard-hit states quarantine for two weeks before visiting.