No news is bad news

I admit I was part of the problem. I used to sit behind the anchor desk and present stories with people rolling their eyes and air quoting “medical marijuana.” Someone would always joke, “It’s research man,” in his or her best stoner voice. “Dispensary” was just a code word for “drug den.”

Then I developed Multiple Sclerosis, and discovered the drugs that were advertised on TV only made me feel worse. The drug I never saw on TV, except in a negative or criminal light, made me feel better. That drug was medical marijuana, or as referred to by its correct name, cannabis.

Of course, I wanted to share this information and thought my 30,000 followers on Facebook would like to know about this plant-based remedy that was effective for more than MS. But Facebook would only send out my post to a few hundred of my followers. I tried the common practice of paying to reach more people, but Facebook wouldn’t take my money. My content was “restricted.” And it’s not just Facebook. Most media companies are prohibited from advertising cannabis, and even providing positive and factual information is considered advertising.

This is why newspapers like the Metro Times matter. Independent print journalism gives you not only the full story, but also stories and perspective you won’t find on TV. I sometimes sit at my kitchen counter and watch my former colleagues indulge in “Wine Wednesday” while I make cannabis-infused pain cream for friends and neighbors. I fill empty gel caps with cannabis oil for cancer patients while listening to commercials with compassionate sounding actors recite a litany of side effects for FDA-approved pharmaceuticals. While we work toward a time when cannabis is viewed and treated as just as any other legitimate business, I’m grateful to the Metro Times for covering the cannabis industry fairly and completely, but for also giving cannabis businesses the opportunity to advertise. I support the Metro Times Press Club, first and foremost, because their reporters are outstanding journalists. It’s an added bonus to support them because they supported the cannabis industry long before we were deemed “essential.”

Thank you, Metro Times. Keep afflicting the comfortable and comforting the afflicted.

Anqunette Sarfoh is a board member of the Michigan Cannabis Industry Association and a former morning anchor at Fox 2 News. 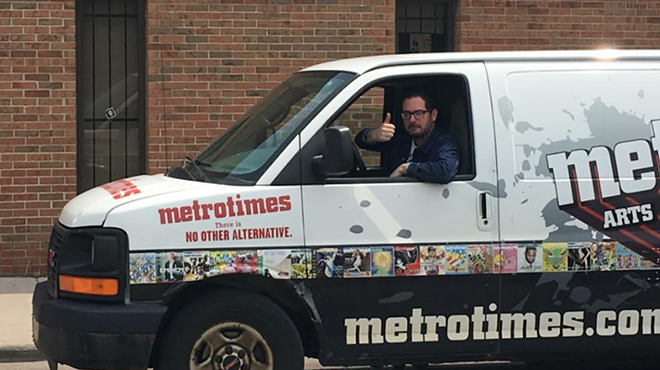 Join the Metro Times Press Club and help us continue to bring alternative news to Detroit: No news is bad news