The new 'Creem' doc is out today, here's how you can watch it 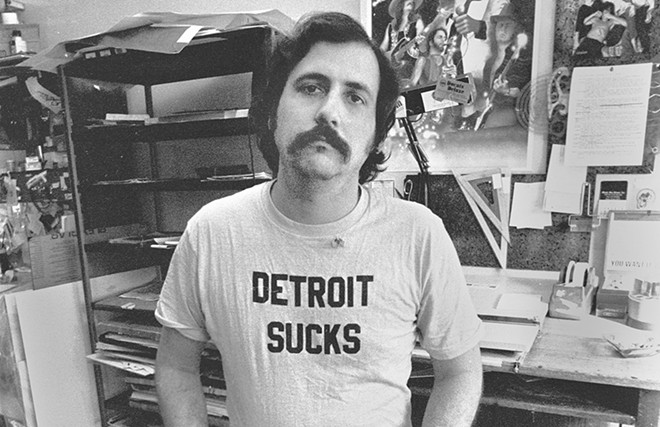 Boy howdy! Four years after the project launched with a crowdfunding campaign, the documentary about the Detroit-founded Creem, "America's Only Rock 'n' Roll Magazine," is finally here.

The film is released on video on demand on Friday, Aug. 7. You can get tickets here. (Metro Times can earn a commission from ticket sales.)

The project was launched with a crowdfunding campaign four years ago. It had its world premiere at SXSW festival last year and its Detroit premiere at the Freep Film Festival shortly after.

The film traces the rise and fall of the rock magazine, which was second only to Rolling Stone in its heyday in the '70s. It was directed by Scott Crawford (Salad Days: A Decade of Punk in Washington, D.C 1980-1990) and co-produced by JJ Kramer, son of Creem co-founder and publisher Barry Kramer. Former Creem senior editor Jaan Uhelszki co-produced and co-wrote, and other Creem alums Dave Marsh, Ed Ward, and filmmaker Cameron Crowe also appear in the film. (Crowe immortalized the legendary Creem critic Lester Bangs in his 2000 film Almost Famous, where he is played by the late Philip Seymour Hoffman.)

You can watch the trailer below, and grab tickets here to watch the film on Aug. 7.

Plus, you can read more about the project in our recent cover story, "Quaaludes, misfits, and spilled milk: A new doc about the made-in-Detroit rock mag ‘Creem’ is finally here."


We have a new events newsletter! Find out the best things to do in the area every Thursday in your inbox.
© 2022 Detroit Metro Times