Your band could open for Bon Jovi at the Joe 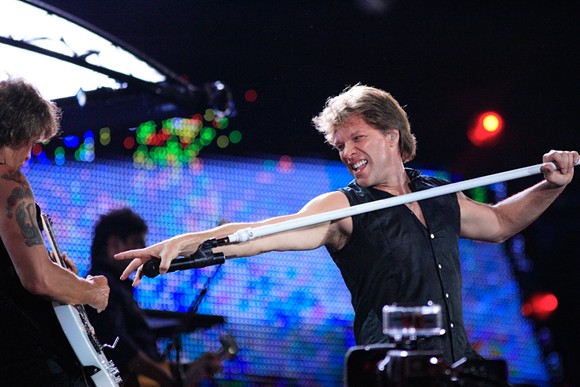 Shutterstock
Have you and your bandmates always dreamed about opening up for an '80s rock band that has stayed somewhat relevant since their heyday? If so, it seems the stars have aligned for you.

Instead of taking the next big rock band on tour to open up their shows, Bon Jovi is asking local bands at every stop of their tour to open for them. The band will be here Wednesday, March 29.

So do you think that you and your band have what it takes to entertain thousands of fans at Joe Louis Arena? All you have to do is submit a video of your band playing that will convince Bon Jovi that you have what it takes. While you're living on a prayer that they pick you (sorry, that was so cheesy, but I had to) Jon Bon Jovi will be singing the hits in his cutoff vest from 1986.

If you just want to see Bon Jovi on this tour you can find tickets here.