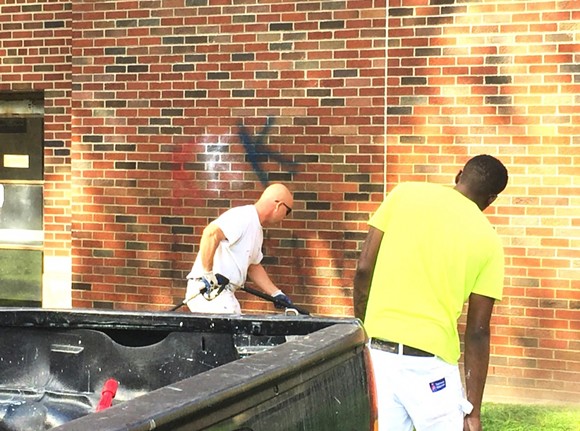 The message was being removed by engineering at 10:30 a.m. EMU's newspaper, the Eastern Echo, who reported the incident shortly after it happened, promises to keep its readers updated on its Facebook page.

University President, James Smith, released a statement assuring parents, faculty and students that, "The University strongly condemns such a racist and thoughtless act, which runs completely counter to the values and welcoming environment of our highly diverse Eastern Michigan University community."

Smith also says that authorities do not know who the vandal is, but hope that surrounding security cameras can help track down a suspect.