Some guy from Wisconsin named Kevin whose Twitter handle is @quehoodrat (because who else would do such a thing?) decided to replace photos in the family home with images of actor Steve Buscemi.

Thanks to his dear sister, Clare, who tweeted out what was going down, the Internet was able to bask in the glory.

My brother has been replacing family photos with pics of Steve Buscemi and my mom hasn't noticed pic.twitter.com/d533C4yEZW


Eager for Internet fame (which, aren't we all?), sweet Clare told Buzzfeed that she and her brother came up with the prank because they were sooooo bored, and that their mom didn't notice until five days later. Dad, of course, noticed right away. Whose dad doesn't love Steve Buscemi?

(Shout out to the mom for using the watermarked senior photo, seriously, who pays for the real shit?)

Anyway, congrats Maura family! We'd leave the pics of Steve in there if we were you. Also, not sure which of the dudes is Kevin, but we're gonna go with the one in the boatshoes and loud shirt. He looks like the kinda guy that would do this, and we mean that in the nicest way possible. 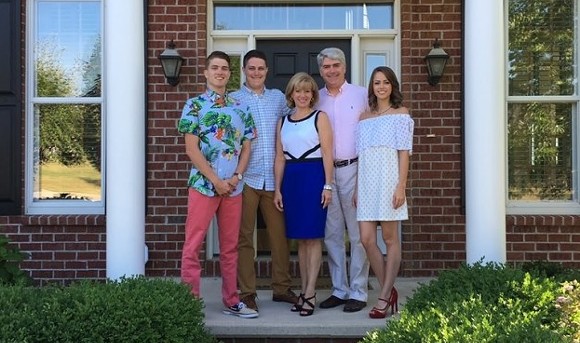