Photo via Twitter user @BeckaluigiKz
Billboard showing love for Prince
The tributes to Price are flooding in and it's fantastic to see all of the love and support for one of the greatest artists of all time. 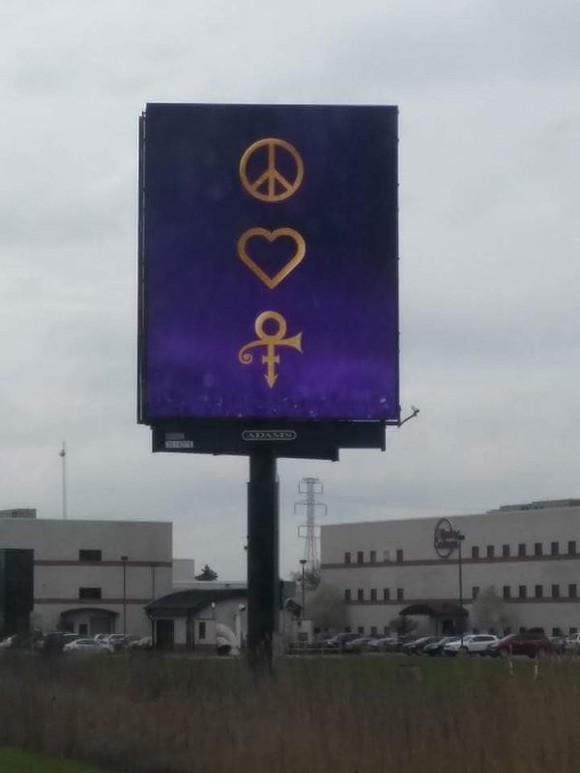