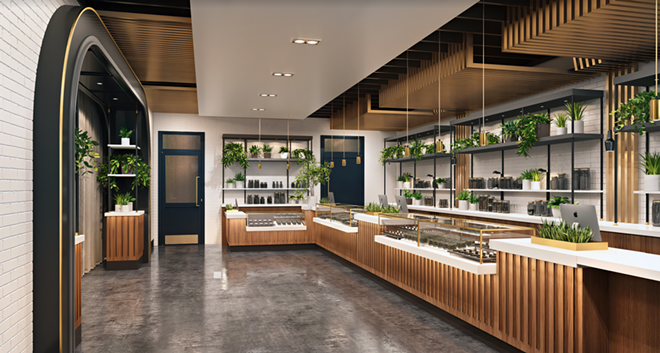 According to a press release, New Standard Hazel Park had a delay with their licensing from the state and recreational cannabis will be available Monday, April 27. They offer delivery and curbside pick-up due to the coronavirus.
Originally posted 11:53 a.m., Monday, April 20:

More recreational weed is headed to Oakland County this week.


After opening earlier this month to service medical marijuana patients, New Standard is the fourth recreational provisioning center to call Oakland County home and will launch both contactless curbside pick-up and delivery services out of its Hazel Park location starting Friday, April 24.

Described as a team of “Cannabis-obsessed connoisseurs, curators, and champions” who are “on a mission to change the cannabis experience” for “the novice to the cannabis connoisseur,” New Standard has committed to donating a portion of its proceeds in the coming weeks to those Hazel Park retail businesses that have been economically impacted by the statewide stay-at-home order.

“Our Hazel Park retail neighbors were forced to close,” New Standard CEO Howard Luckoff said in a release. “We don’t take lightly that we’ve been able to operate and provide jobs to the New Standard team. We are donating a portion of our proceeds during the shelter in place order to retail businesses in Hazel Park who are not able to operate. As customers choose cannabis products at New Standard, a portion of each sale will return to the community.”

In the coming weeks, New Standard will offer a virtual tour of their space, as well as livestream chats with budtenders who will showcase their products, including flower, pre-rolls, edibles, cartridges, concentrates, and accessories.

New Standard will be open seven days a week from 10 a.m.-7 p.m. Orders can be made at anewstandard.com starting Friday.

Where you can buy legal recreational marijuana in Michigan right now

It's a new era for marijuana in Michigan. Sign up for our weekly weed newsletter, delivered every Tuesday at 4:20 p.m.
© 2022 Detroit Metro Times