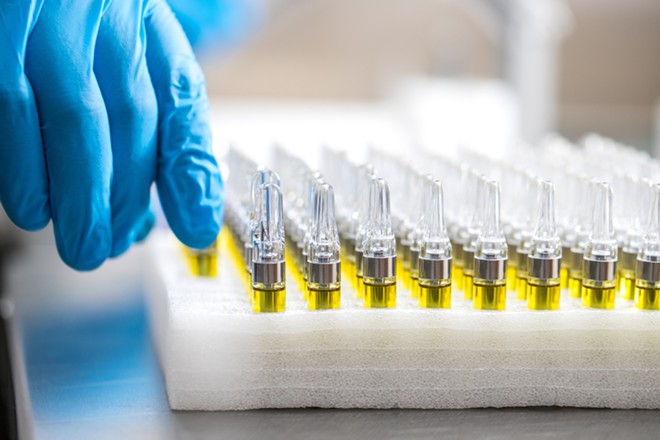 Three dispensaries in Michigan, including two in Detroit, sold cannabis vape cartridges that were tainted with vitamin E acetate, the potentially deadly chemical additive linked to the vaping-related lung illness.

It was the second time the state recalled tainted cartridges from Plan B Wellness and Elite Wellness.

It’s also the fourth time the state has recalled cannabis cartridges tainted with vitamin E acetate, a substance that is used to "cut" or dilute cannabis oil to maximize profits.

On Nov. 22, dispensaries were required to remove tens of thousands of vape cartridges from their shelves for testing.

The lung illness linked to vitamin E acetate has caused the deaths of at least 60 people and sickened more than 2,600 others nationwide. Two of those deaths were in Michigan.

The state is not requiring cartridges to be tested for vitamin E acetate if they were made after the Nov. 22 ban.

It's a new era for marijuana in Michigan. Sign up for our weekly weed newsletter, delivered every Tuesday at 4:20 p.m.
© 2023 Detroit Metro Times