Kuzzo's Chicken and Waffles has finally reopened, offers carry-out due to coronavirus 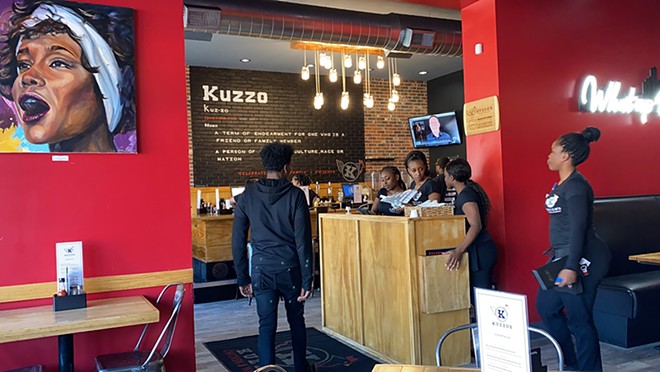 The chicken and waffles bastion located at 19345 Livernois Ave. on the Avenue of Fashion will reopen at 9 a.m. on Saturday March, 14.

"Don't call it a comeback, we've been here for years," Ron Bartell, owner of Kuzzo's Chicken and Waffles, said in a press release. "More like five years to the month since we first opened our doors. Kuzzo's has been a part of the community on the Avenue of Fashion since 2015, and during this time we've seen incredible growth, redevelopment, and all sorts of new businesses and enterprises who have joined us in this thriving business community."

Kuzzo's closed back in August 2019 for kitchen renovations, which cost about $350,000. The renovations coincided with a massive $17 million streetscape construction project that shut down Livernois Avenue.

"Kuzzo's has a new kitchen, with all new equipment — some of which were custom designed for how we prepare and dredge our chicken before we fry it; and a waffle irons station that now supports seven waffle irons cooking at once," Bartell said. "Moreover, we added two new fryers, (four now in total), along with two six-burner countertop ranges, plus we added additional food storage and preparation areas that are repositioned in such a way that our kitchen is ergonomically correct for our style of cooking." 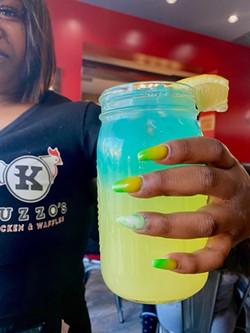 "If you've been craving Kuzzo's good old southern comforts such as 'Connies Fish & Grits, the shrimp and grits, 'Vicki's Plate,' and all those belly rubbing good sides from greens, yams and the slap-ya-momma mac and cheese, it's all there and waiting for you, Detroit," the press release reads.

So many restaurants, so little time. Find out the latest Detroit dining news with our weekly food newsletter delivered every Friday morning.
© 2023 Detroit Metro Times