Joe Biden lashes out at Detroit autoworker: 'You're full of shit,' then hushes aide 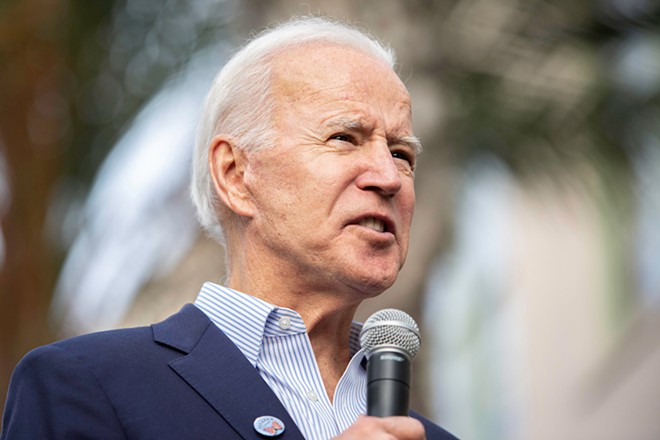 Vice President Joe Biden lashed out at a pro-gun worker in Detroit on Tuesday, telling him he’s “full of shit” before hushing an aide who tried to intervene.

Biden was speaking at an auto plant when a worker in a hard hat claimed the presidential candidate was “actively trying to end our Second Amendment rights.”

When an aide tried to intervene, Biden told her, “No, now shush. Shush.”

Republicans blasted Biden for how he treated the voter.

“When Sleepy Joe Biden isn’t yelling at Michigan auto workers in Detroit or telling them they’re ‘full of sh*t,' he’s supporting the disastrous NAFTA trade deal that cost Michigan thousands of automotive jobs," Republican National Committee spokesman Michael Joyce said in a statement to Metro Times. "President Trump is delivering for Michiganders with new trade deals like the USMCA that are bringing manufacturing jobs back to the Great Lakes State.”


WATCH: "You’re full of sh*t," @JoeBiden tells a man who accused him of "actively trying to end our Second Amendment right."


It’s not the first time Biden lashed out at a voter during the campaign. In December, Biden called an Iowa man a “damn liar” during a heated exchange.
In New Hampshire, Biden called a woman “a lying, dog-faced pony soldier.”