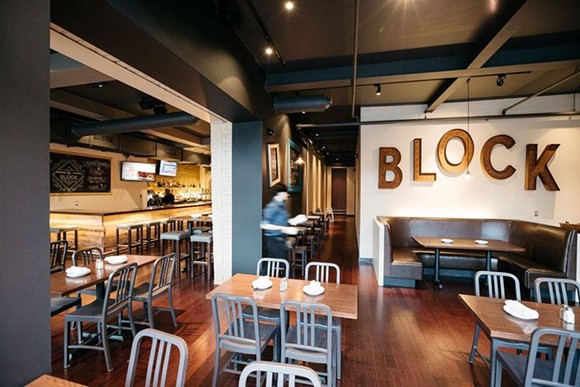 The Block Detroit/Facebook
When it comes to national publications writing about Detroit's restaurant scene, one troubling trend is the fact that all too often these big picture features rely heavily on white restaurateurs as sources, perplexing considering more than 80 percent of our fair city's population is African American.

So we were happy to see Ebony shine a light on the city's new restaurants in a Feb. 5 feature. Written by Kimberly Hayes Taylor, a Detroit-based independent journalist, the story was focused: profiling a handful of black-owned eateries as a vital part of the growing industry (named were Kuzzo's Chicken and Waffles, The Block, Central Kitchen+Bar, Detroit Vegan Soul, Mo' Better Blues Detroit, and Detroit Seafood Market).

We enjoyed this short piece for its simplicity and for not dwelling too much on the many factors that led to Detroit's downfall. Yes, the bankruptcy, high poverty rates, and crumbling infrastructure are all a part of the city's narrative, but do these things need to be spelled out every single time we write about Detroit's dining scene, as if to say that the new restaurants are saving the city? Taylor just gets to the point of sharing stories about the folks who are passionate about creating an exciting dining experience.