The Throwaways: How Detroit is becoming a flashpoint for violence against trans women

A deep-dive into the stigma and prejudice keeping many trans women in a cycle of poverty and violence. 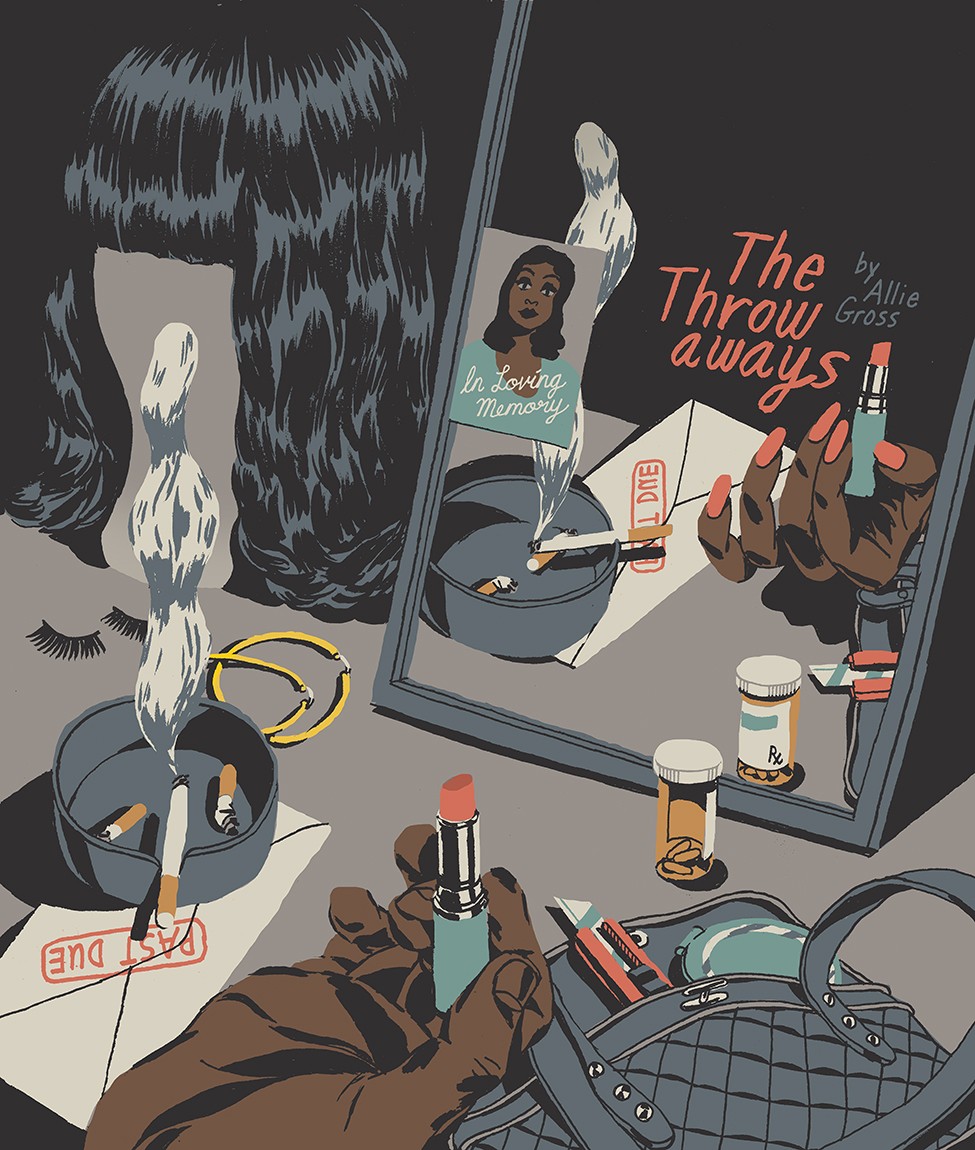 Six minutes later, a second call came through. The message was more or less the same: A lady, who appeared to be naked, was lying in the intersection of McGraw and 25th Street. She was possibly moving. Maybe hit by a car.

When first responder Officer Michelle Jones arrived at the scene she found a 25-year-old transgender woman, who would later be identified as Ashton O'Hara, lying in a pool of her own blood. Dressed in nothing but a black tank top, red bra, and black footies, Ashton was naked from the waist down. A wig lay 50 feet away from her body. She had been discarded and left behind, like the cracked hubcaps and plastic soda bottles littering the rest of the street.

Shallow breaths puffed Ashton's sternum skyward, an indication to Officer Jones that the victim was still alive. But barely. Ashton had been run over by a car not once but twice and both of her shins were severely fractured, causing tremendous blood loss. The leg injuries were just the beginning. Ashton's body was riddled with stab wounds. Medical examiner Jeffrey Hudson would later testify that many of the cuts were on Ashton's outer wrists. Crossing his arms like a shield and holding them in front of his face, Hudson would explain that the location of the gashes were typically suggestive of self-defense.

At 11:17 a.m., upon arrival at DMC Detroit Receiving Hospital, Ashton was pronounced dead. While she didn't have an ID on her, rumors of the murder skittered across town. Within the hour, Ashton's mom, Rebecca O'Hara, was at the hospital. She identified her child's body and buried Ashton the following Monday.

"It was just overwhelming," O'Hara says now, dabbing away tears as she sits in the Frank Murphy Hall of Justice in downtown Detroit five months after Ashton's death. Waiting for the jury to deliberate in the trial of Larry Gaulding, the man who killed her "Woogie" — a nickname Ashton was given as a toddler because of the way she used to laugh when being tickled — O'Hara is inconsolable.

Since Ashton was a little kid playing with Barbie dolls and testing out different shades of nail polish, O'Hara has wrestled with anxiety about her child's interests and identity. Not because of who Ashton was, but because of what the world was.

The anxiety calcified as Ashton grew into an adult.

While O'Hara was aware of America's seeming progression toward gay rights and equality — as well as the uptick in trans-visibility in mainstream media — she was also clued in to the less appetizing facts.

Facts like: One in four transgender people lives in extreme poverty, with an income of less than $10,000 a year. Nearly 25 percent of trans people in Michigan, who took part in the last comprehensive survey of the population, said they became homeless because of their gender identity and/or expression. Ten percent of trans people drop out of school because of bullying — something Ashton decided to do after the ninth grade.

O'Hara knew these facts and she knew how they translated into real life. She knew that because of job discrimination and a lack of opportunities and education, many trans women, specifically trans women of color like Ashton, turned to survival economies, like sex work, to get by. And she also knew how dangerous this could be, hearing stories of trans women coming up missing, being shot, or found in dumpsters after nights on the "stroll" — a stretch of Woodward between Six Mile and Seven Mile, where Johns look for transgender women for dates.

These were the realities that were on her mind. She feared that the world, despite all its real and apparent headway, wasn't truly ready for biological boys who liked to wear mascara and mini-skirts.

So when the call summoned O'Hara to DMC Detroit Receiving Hospital, when she learned of her child's death and the circumstances behind it, the news was harrowing but also — and her whole body tightens up as she says this — anticipated.

"It was something I was scared of," she says, "for a very long time." 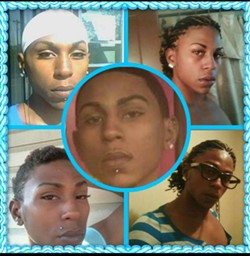 ON JULY 14, 2015 ASHTON O'Hara — who went by the name Jessica Storm among friends — joined a long and haunting list of transgender and gender non-conforming people who have been murdered. While the numbers across the country are staggering — at least 24 transgender individuals were killed in 2015, more than any other recorded year — Detroit, in particular, has become a flashpoint for violence.

Since 2011, seven trans or gender non-conforming individuals have been murdered in the city. Zoom in on 2015 and the gravity of the situation crystallizes. In the three months following Ashton's death, two others — Amber Monroe, a trans woman, and Melvin, a cross-dressing man — were killed. Both murders took place near Palmer Park, a 296-acre green space that runs along Woodward Avenue between Six Mile and Seven Mile. It's where many in the Detroit LGBTQ community congregate. It's also the last place Ashton was seen alive.

This stomach-turning reality is why Julisa Abad, a trans women who moved to Detroit from Tampa, Fla., a little over four years ago, was skeptical when on a balmy August evening — less than a week after Amber was shot and killed — Detroit Police Chief James Craig held an "LGBTQ Community Chat" to "build trust."

"The meeting was long overdue," Julisa says, stressing the word 'long,' as she pushes a curled strand of brown hair behind her bedazzled hoop earrings.

In recent years, Julisa, a plucky 31-year-old with doe like eyes, has stepped into the ill-defined but high-stakes role of local Trans Advocate. The seemingly never-ending stream of violence has kept her busy. "I've seen girls pushed out of cars, shot, walking down Woodward completely naked because they got stripped and robbed in cars," Julisa says. "This has been an ongoing thing."

Julisa is friendly with Officer Danni Woods, the LGBTQ liaison who Chief Craig appointed in 2013. She is also on the LGBTQ Advisory Board that Craig ended up announcing at the August chat in Palmer Park (the board has since met twice). That doesn't mean Julisa's doubts waned.

For Julisa, and the many other trans women Metro Times spoke with, it often feels like police and politicians are more reactive than proactive, swooping in after a murder has taken place, rather than zeroing in on the very real issues that are placing these women in danger to begin with.

Of the seven trans or gender non-conforming people who have been killed in the last four years, all were involved in survival sex work. That fact highlights the dangers of Six Mile and Woodward, as well as the lack of opportunities for so many trans women of color in Detroit.

"There are no opportunities. Nobody is hiring you," Julisa says. "When you look around and everyone in that same area is doing it and there is no hope and nobody has a normal life or a normal job and you know how much you've applied yourself, what more do you have to do? What is left for you to do other than that in order to survive?"

The problem is, as Julisa knows, the very thing so many women are turning to in order to survive may also be bringing them one step closer to death.

JULISA IS CONSIDERED one of the lucky ones. She's had a "real" job since last fall — her first since moving to Detroit.

For $8.50 an hour, Julisa bends and weaves discarded tires, making Motor City-centric macramé plant holders that then get sold for $175 or more in trendy Midtown stores. 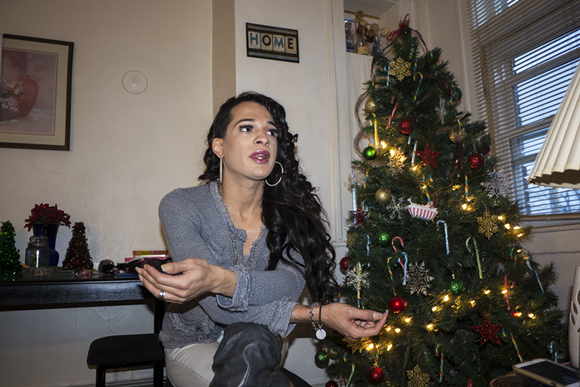 Iain Maitland
Julisa Abad has stepped into the ill-defined but high-stakes role of local Trans Advocate.

Because her employer Green Industries, an offshoot of Cass Community Social Services, only offers part time work, she is slated for only 21 hours of work a week. In other words, the most she can make in a month — unless production requires more hours — is $714. Of that, 30 percent — based on a sliding scale of how many hours she clocks in — goes toward rent in a 1920s apartment building that is also owned by Cass. Julisa's one-bedroom unit has seen better days. It's spacious but worn, with cracked paint dangling from the kitchen ceiling and a constantly jamming front door. From Julisa's window on the third floor, she can see the M-10 freeway and a succession of burned-out houses.

Still, despite all this, she felt lucky when in October 2014 Cass called to say they had found housing for her; more specifically, they had housing in a mixed apartment with men and women. One pernicious obstacle that trans women face when looking for housing is that shelters typically require them to identify by their birth gender and then try to stick them in all-men dormitories. It's a fact that convinces many to just rough it out on the streets.

Walking through the creaky door the first time, Julisa remembers turning to the Cass administrator showing her around, and asking if they could take a minute to pray. Standing in the middle of the sparsely decorated living room, the two women held hands and closed their eyes, she says. Julisa thanked God for giving her a chance.

"In the beginning I had a lot more hope," she says, alluding to the statistics the Cass apartment helped her defy. A 2011 report from the National LGBTQ Task Force, considered to be the most comprehensive study on trans people to date, found that nearly 25 percent of trans individuals became homeless because of their gender identity and 31 percent reported having to find a temporary place to stay or sleep. On the job front, the numbers are just as startling. In 2011, joblessness among transgender people was at 14 percent — double the national average for joblessness that year — and black transgender respondents experienced even higher rates at 28 percent.

While Julisa is still grateful, her perception of her situation has shifted. When she started at Cass, she viewed the part-time job as a stepping stone.

That's sort of the idea the organization advertises. Providing opportunities to people facing significant barriers — those with HIV and AIDS, individuals suffering from drug addictions, those plagued with chronic homelessness, and single mothers — Cass's mission is rooted in the goal of eventual self-reliance. Once individuals have some stability and get on their feet they will be able to find another job, ideally full time.

Julisa's case, as she's realized in recent months, however, is a bit more complex than most who come through the doors. The very thing holding her back is not something that will change, nor does she want it to: It's her identity.

If people don't want to hire Julisa because of her gender — a painful fact she's come to accept on more than one job interview, where the HR director gave her the rote send-off of, "We'll get back to you," once they realized she was trans — she is stuck in the cycle of poverty. Despite having a job in the formal economy, she is still part of the 25 percent of trans people who make $10,000 or less.

"I never expected when I first started that all this would have happened," Julisa says, musing about her previous life, pre-transition. She had a job working at a Verizon Wireless store in Tampa and had enough money to lease a Dodge Durango and spend $850 a month on rent.

"I've never seen money like that in Detroit," says Julisa, who has completely compartmentalized her two lives. "I've never experienced those things, if that make sense to you. He did and I'm not him. Julisa never got to experience those things. Julisa and he live two very different lives."