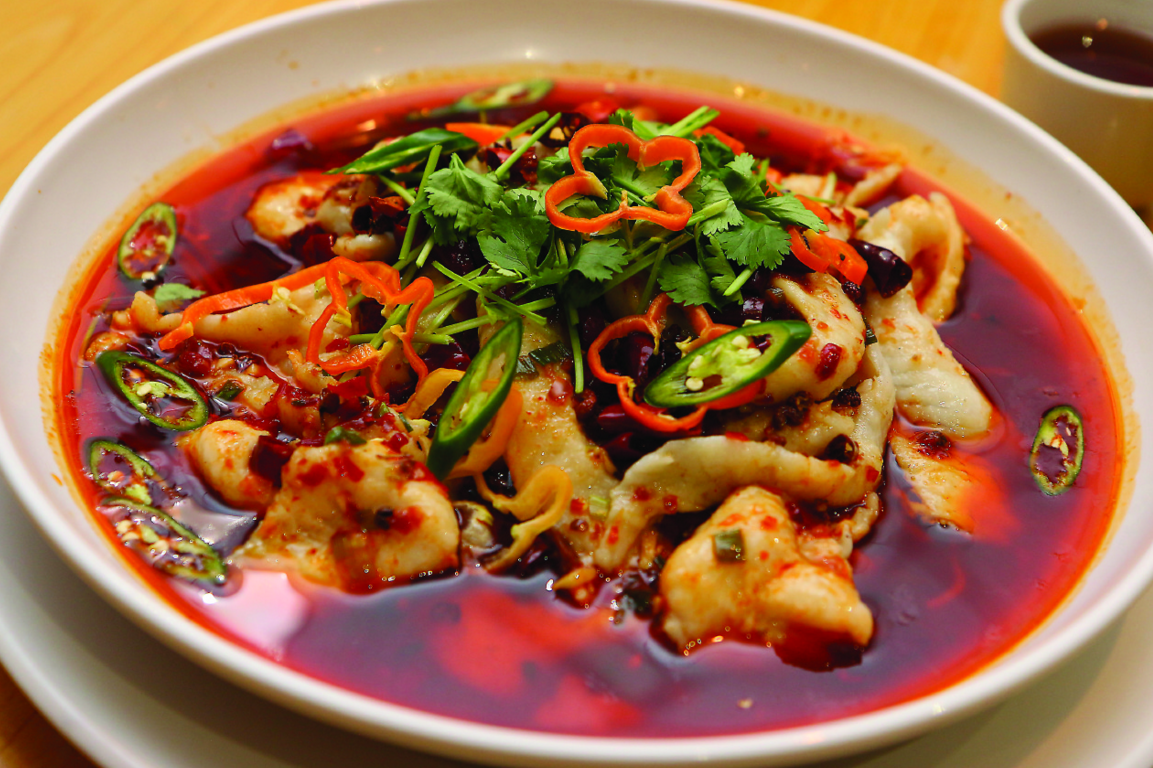 Part of the fun of dining out is being exposed to restaurants that serve the unusual and exotic. But it isn't always easy to find them. They may be in an out-of-the-way location. They are often quite humble and neighborhood-oriented, and don't advertise or garner the dozens of reviews online other eateries do. Whatever the reason, these ethnic eateries may not have presented themselves to you, but you'd be doing yourself a favor if you consider broadening your horizons there.

Two reasons to search out metro Detroit's first Venezuelan restaurant, west of the beaten Mexicantown track: to grow your Latin food repertoire, or simply because you crave an intense but basic homespun meal.

Decorated in the yellow-blue-red of the Venezuelan flag, and with super-friendly servers, El Rey (owner Rayner Gutierrez) serves arepas, his country's version of the empanada. With a crisp exterior and fluffy interior, they are stuffed with cheese, black beans, roast pork, tender chicharrones, scrambled eggs, ham, or a priceless chorizo. Other standouts are intensely corn-flavored cachapas, stuffed with white cheese, sweet like a corn pudding, and pabellon, a platter of shredded beef, black beans and rice, and fried plantains.

You can order chicha, a thick boiled-rice drink with milk and sugar, topped with cinnamon: eggnog-like, but without alcohol. As Christmas approaches, put in an order for hallacas, the Venezuelan tamales. They are corn dough folded around meat plus raisins, capers, onion and olives, wrapped in a plantain leaf, boiled, and worth waiting for.

Both the "English menu" and the "Chinese menu" here are bilingual, but one lists dishes close to the hearts, and stomachs, of Chinese patrons, while the other bows to Americanization. The chef emphasizes dishes from Shandong, one of the eight great Chinese cuisines, specializing in seafood, and a few Korean dishes reimagined a la Shandong.

Poached fish is a particular revelation here, the way it concentrates the flavors. Asian steamed whitefish and Szechuan boiled fish (the Chinese are not big on fancy translations) are two examples, the latter a golden whitefish in a crimson sauce sprinkled with green cilantro stems, seasoned with ginger, Chinese red peppers, and prickly ash, the pungent tiny black berries also known as Sichuan pepper.

And it's not so often you come across "Mutton with Fennel Seeds," "Chicken with Explosive Chili Pepper" or "Lamb with Basil." The latter is a specialty of the famous Mission Chinese restaurant in New York; here it's cooked with quivery black mushrooms and big sprigs of the herb. Seek it out. If you're bothered by the possibility of "Basil Intestines" and "Pork Stomach with Celery" nearby, stick with the round-eyes menu.

The focus is on serving men from the neighborhood, 8 a.m. to midnight, seven days a week, but outsiders have found their way here because of the intriguing menu, which doesn't overlap much with your standard Lebanese. Basically, they spice lamb and cook it all sorts of rich and smoky ways: on the backbone with vegetables; in a dark broth; ground with egg and vegetables; in stews called soups and served in heavy cast-iron pots. A pizza-size piece of flatbread (malooga) is your utensil of choice.

Breakfast, served any time, is foul or fassolia, beans mashed with tomatoes and, optionally, eggs. But forget the bland hummus served here — it's not traditional in Yemen.

When your out-of-town friends ask to be taken out for Middle Eastern, surprise them with something out of the ordinary.

Hidden among a warren of looming big boxes, you'd never know this spot existed if you didn't belong to one of the 100-or-so area families who hail from Goa. That tiny beachside Indian state was ruled by Portugal for 450 years, and the culinary result, favoring rice, fish, coconut milk, and a long list of spices, is to the world's benefit. It's part of the susegad — no worries — Goan culture.

Curries are flavored with both coconut and kokum, the skin of a dried fruit that adds a tart-sour taste, like tamarind. The hearty, spicy pork dishes are the chef-owner's favorites, including a house-made chorizo. On weekends, you can request goat biryani.

Even better than the Indian breads are sannas: steamed dumplings of ground rice, fresh coconut, and buttermilk, light and spongy with a mild coconut flavor.

Although his native cuisine — that of Puebla, Mexico — is world-renowned, chef-owner Ernesto Magdaleno long ago fell in love with the pastas and scaloppini of Italia. He pursued his craft in New York's Little Italy and at upscale Bacco in Southfield. Now he brings veal saltimbocca, frutti di mare (fruits of the sea), and much more to a cult following Downriver.

We don't expect such elegant dishes and such from-scratch attention to detail — house-made pastas and sausage, for instance — in a place that until a year ago had no liquor license. That addition has made all the difference in attracting a happy clientele, who now enjoy a 20-course Sunday brunch as well.

Specialties include five preparations of veal and gemelli norcina: twisted pasta with a sauce of sausage, truffle oil, and tomato cream sauce.

There's nary a meatball nor a slice of pizza to be found.

It's set back from the street in a non-restaurant area, so you could miss it. The pupusa, the Salvadoran national dish and street food, is the reason folks stop at this small Spanish-speaking place. The empanada-like pupusas ($2.30) are made with thick, handmade corn tortillas, reason enough to order even if they weren't filled with cheese, beans, pork, squash, or loroco flowers. A handmade tortilla is night-and-day different from the thin floppy kind from the factory. And so are the moist, well-stuffed Salvadoran tamales, both savory and sweet.

The horchata is head and shoulders above the norm too — made with milk and nutty-flavored morro seeds.

On weekends, the cook offers chicken and beef soups and stews. For dessert, fried platanos are served the traditional way, with a pool of warm puréed black beans and another pool of cooler crema.