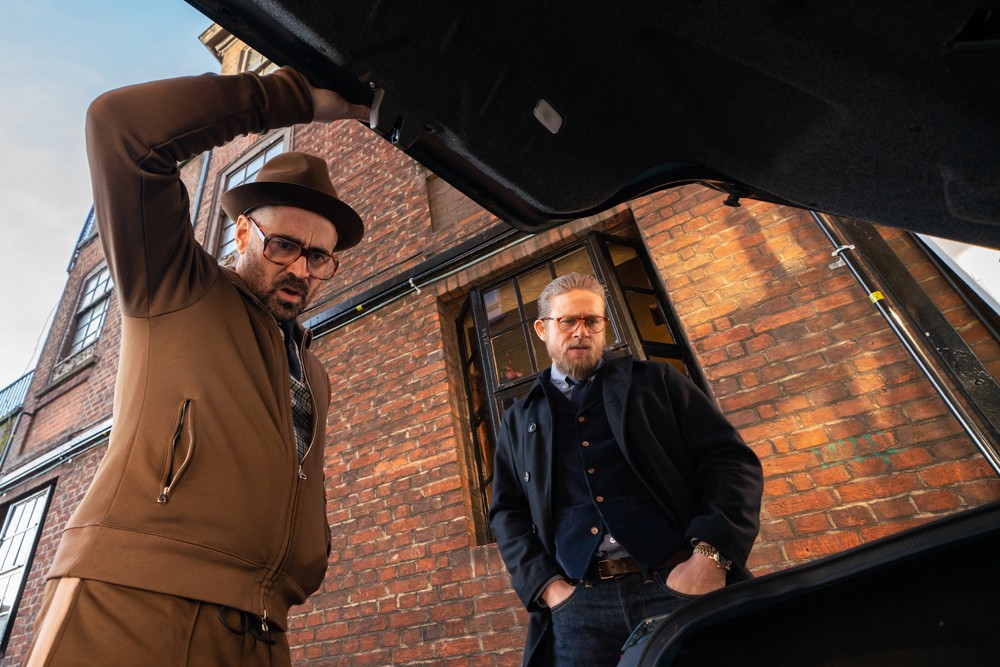 Guy Ritchie, maker of manly movies about manly men behaving badly, is like the hipster bartender at your local dive bar, an aging rogue that should probably move on to something better, but gets away with telling the same old stories because he's just so damn charming. Here Ritchie spins yet another yarn about cockney crooks trading colorful insults and, eventually, bullets, in a romanticized London underworld that exists well out of sight of the tourist guidebooks. He's been working this hoodlum beat for 20 years now, since 1998's cult breakout Lock, Stock and Two Smoking Barrels, though recent forays into risky, mega-budget flicks like King Arthur: Legend of the Sword and Aladdin must've made Ritchie eager to return to more familiar territory.

Matthew McConaughey stars as the perpetually dapper Mickey Pearson, an expat Yank that slowly and methodically built his Oxford dorm drug-dealing sideline into a mammoth empire. Mickey's vice is "sweet Mary Jane," not so much the consumption of the product but the distribution of it, the relatively harmless side effects of the herb being his justification for his criminal lifestyle. Nobody gets hurt smoking grass, but they sure do if they dare to double-cross Mickey or interfere with his business. In grand gangster flick tradition, our dashing antihero has grown weary and wants out, though despite his best efforts, Mickey's less noble rivals aren't willing to offer him fair market value or grant him a graceful exit from the game

There are a lot of players to keep track of here, but thankfully, most of the exposition payload is handled by Hugh Grant, ditching his posh tones for a street-level Michael Caine-esque cockney accent, and relishing every moment of playing a slimeball. Grant's character, Fletcher, is a sleazy P.I. whose most reliable client is a sleazier tabloid editor, Big Dave (Eddie Marsan), who'll pay big bucks for a scoop on a junkie heiress who's shacked up in a scuzzy flat with a pop-star bad boy. This dirty debutante is the daughter of a lord who is just one of the aristocrats that lets Mickey grow crops on their property, in exchange for cash to help upkeep their estates. The lowlife detective's ill-conceived plan is to blackmail Mickey to the tune of 20 million pounds, for a promise to bury the scandalous story (though his meta purpose here is to narrate the complicated plot).

Among the horde of competing thugs are Russian mobsters, the Chinese Triad, a ruthless American financier and his Mossad bodyguards, and a hip-hop beatdown crew called "the Toddlers" that likes to film and post their street brawls online. Most amusing is Colin Farrell's "Coach," a fixer who runs the boxing gym where the Toddlers train, is nattily dressed in tweed tracksuits, and is perpetually annoyed by young punks who don't show enough respect to their elders. Farrell gets to cut loose in his native Dublin brogue, and is having a blast here, as are the rest of the cast, including Charlie Hunnam and Michelle Dockery, as Mickey's sidekick and doting wife, respectively. McConaughey is perfectly content to just skate by on his charisma, and that's exactly what the role requires of him.

Ritchie seems to be arguing that there's no honor among thieves, but with Farrell's upright tough guy and McConaughey's drug dealer with a heart of gold, he wants us to have rooting interest in this den of vipers. This faint morality lesson isn't much to hang a narrative around, but the director is more interested in dazzling us with his verbose dialogue, flashy editing, and a kick-ass soundtrack, which ranges from '90s hip-hop to '70s Krautrock. This is vintage Ritchie, down to the free-flowing racist and homophobic banter, which feels dated. Despite their taste for the finer things in life, we can't really expect villains to keep it woke, now can we?