Chaka Khan, the Queen of Funk, heads to Detroit's Sound Board 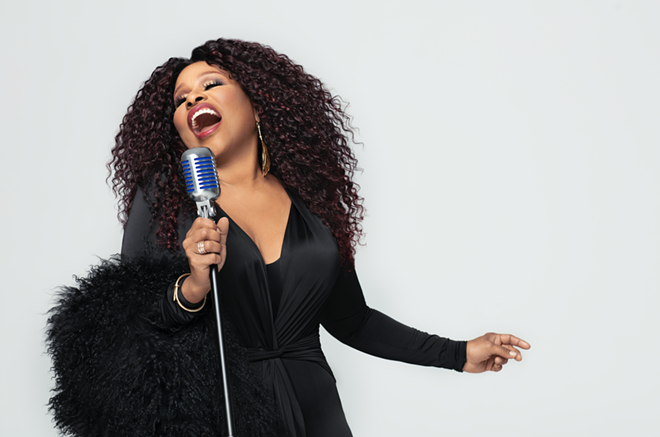 Courtesy of Sound Board

Another year, another Rock and Roll Hall of Fame snub for the Queen of Funk, Chaka Khan.

This year, the Cleveland-based pyramid of nightmares (no, seriously, have you ever been to the Rock and Roll Hall of Fame?) nominated Whitney Houston, the Notorious B.I.G., T. Rex, the Doobie Brothers, Depeche Mode, and Nine Inch Nails. Though they are all very deserving inductees, Chaka Khan and her five-decades-long career and 10 Grammys as both a solo artist and as the bandleader for Rufus, has, once again, failed to make the cut. We feel for you, Chaka.

The “Tell Me Something Good” singer released Hello Happiness last year, which was the result of having checked herself into rehab for an addiction to painkillers brought to light following Prince’s accidental fentanyl overdose in 2016. The last time the Queen of Funk visited Detroit was in 2018 when she performed an energized rendition of “Going Up Yonder” at the massive and televised celebration of life for fellow music royalty Aretha Franklin.