Greta Gerwig makes her version of 'Little Women' her own 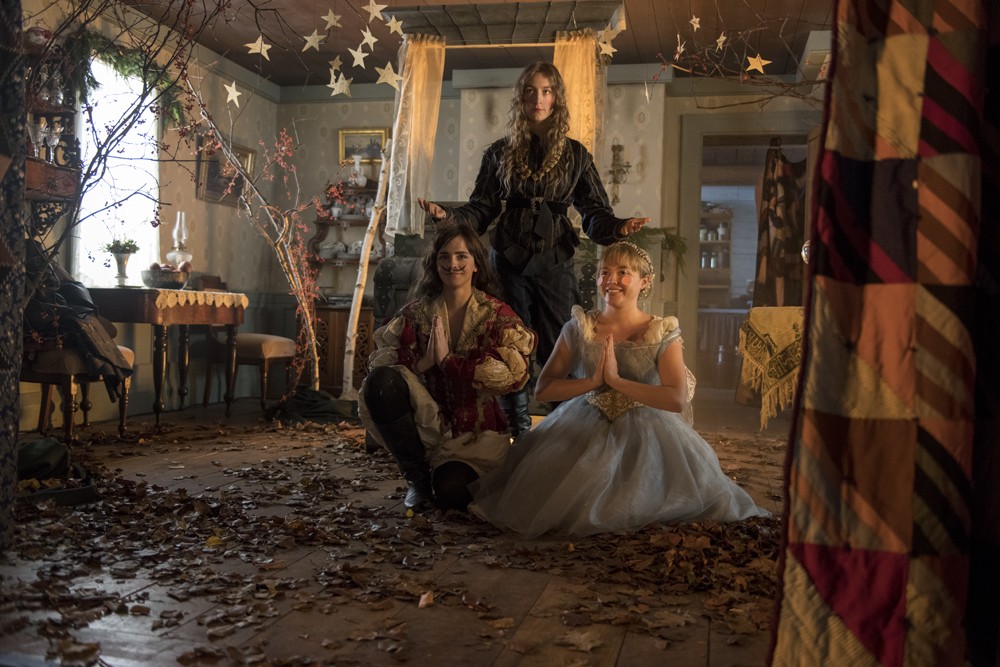 Lines of dialogue sail back and forth across rooms in Greta Gerwig's new adaptation of Little Women, inflected by stylings personalized with the combination of force, momentum, and innate expression you'd find in sport. Each member of the cast brings to the film a nervy richness in style, postures, and tones that feels stirred and lightly manic but never frothed; folding and bristling, skipping and leaping, they comport with a looseness that belies its period setting, securely distant from the action of the Civil War. Though the dialogue is sharp, often barbed — and wholly mannered — it's all those things in a manner that reveals. When Florence Pugh's Amy calls Laurie (Timothée Chalamet) an "old vanity" or Meryl Streep's Aunt March sneers through "I don't like sneaks," the lines feel immediate and not un-modern. Each performer is insistently her own self.

Little Women glows throughout with this abashed, still-beaming self-possession, as much a feature of its direction as of any of its performers. It's hard not to see Gerwig in each actress as they negotiate life, class, work, and romance (really the sum of the movie's plot); though she doesn't appear onscreen, Gerwig feels here like what she is as a director, as affirmed already with Lady Bird: a benevolent, ever-present creative force. The whole cast seems to have sipped something of her energy, to have had whatever she's having; her sense of free and easy movement, stemming from a persona reliant on a ripe, brimming physicality — and her ability to command the screen while making it all seem natural. For a film that's quite precisely modulated (in interviews, Gerwig has shared that its dialogue rhythms were highly practiced), Little Women feels easy and unshowy. Populated with costume touches, it cultivates an easy intimacy, never feeling anything but close.

None of this is to suggest that Little Women's characters are unburdened. The four sisters who make up most of its world (and perhaps too much of each other's lives) share a state of cozy but isolating poverty — each struggles through it in her own anxious way. Defiant, uneasy Jo (an impeccable Saorise Ronan) attempts throughout to carve out a writing career while offering support to family; sweet but petty Amy wrestles with painting and the gravitational pull of an impending marriage for pragmatism. Emma Watson's Meg marries for love but remains discontent — and all care for the youngest, Beth (Eliza Scanlen), who is chronically sick. None are free from the structures that constrict even the brightest women of their time — every one of them deserves better.

Moving back and forth across a seven-year span in perfectly metered rhythms, Little Women tracks these negotiations as they play out across young lives. Viewers may mourn in watching the ways that we've been conditioned to — as Laura Dern's Marmee puts it — curb our very natures to fit within society; they might likewise celebrate the ways its characters resist those pressures, bending society to them. One of the inhumane tragedies of the adult (and working) world is the reduction of character and passion to mere adornments, decorating the crannies in which we force ourselves to fit and live: a sorry irony that makes Little Women — by welcome contrast — the triumph that it is.