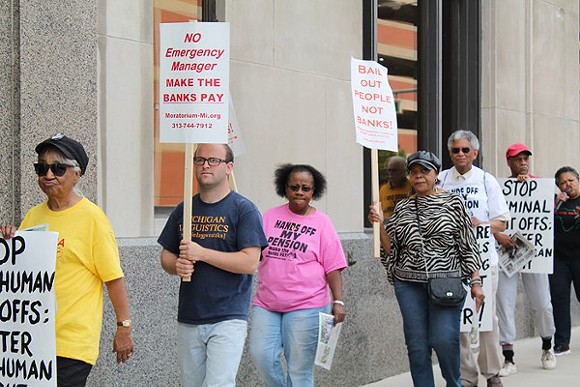 An estimated 25,000 residential accounts who are at least 60 days past-due or have more than $150 in overdue payments could expect to see a warning posted on their door handle. They'll have 10 days to pay the bill or sign up for a payment plan, per DWSD policy. Mayor Mike Duggan's administration has said it will roll out a new payment plan this summer after it was revealed nearly all customers on payment plans defaulted again — prompting activists to call for the city to consider a payment plan based on income.

Such a payment plan would take into consideration a customer's ability to pay, and would charge low-income residents less for water. A Detroit City Council subcommittee recently moved to establish a work group to consider how the city may craft a water affordability program.

Perhaps surprisingly, Duggan's chief operating officer, Gary Brown, signaled for the first time the mayor's administration may be open to the possibility of the idea.