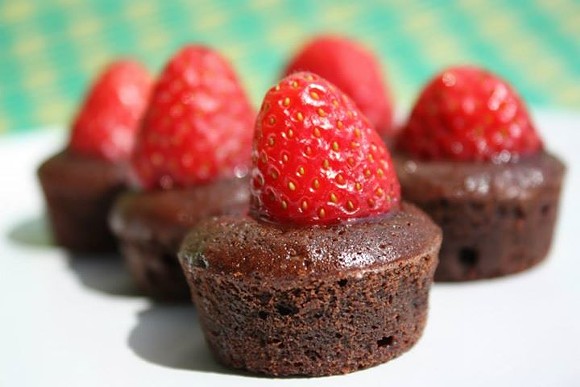 Photo via Chez Chloe, Facebook
If you've never tried a lava cake from Detroit's Chez Chloe, we highly suggest you seek one (or two, or three!) out immediately. These chocolate delights are just that: chocolately and delightful. And now, folks can look for them on Air France flights departing out of Detroit Metropolitan Airport.

That's right, Parisian baker Chloe Sabatier has officially announced her partnership with the airline and beginning this month will supply mini-lava cakes to its passengers.