Some Michigan cows are contaminated with PFAS, but the state won't test milk 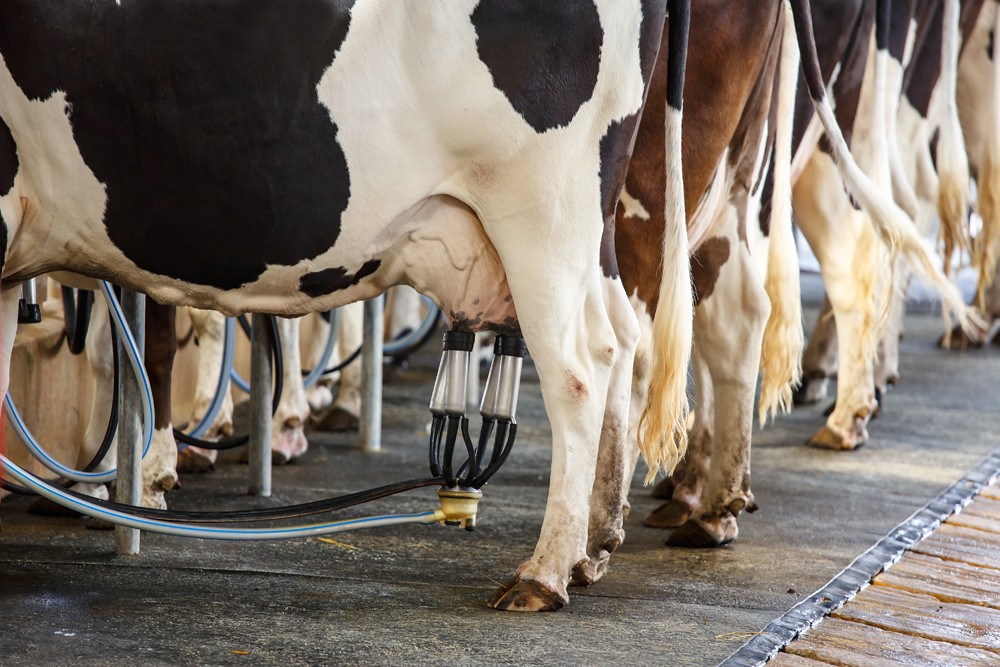 Some Michigan dairy cows are contaminated with toxic PFAS, but the state agency charged with regulating farms isn't testing their milk.

At a June PFAS conference, Michigan Department of Agriculture and Rural Development toxicologist Kay Fritz revealed that the agency is aware of contaminated milk, but doesn't want to test the animals or alert the public.

Her reason: "If you test the milk and you find PFAS, then you have to tell the farmer, then the farmer has to tell the co-op that takes the milk," she said. "Then, they say, 'Oh no, we don't want any PFAS milk.' Then you put this farmer out of business immediately, as we have seen in New Mexico."

Fritz referred to a situation in New Mexico in which that state ordered a farmer to exterminate PFAS-contaminated dairy cows. A similar scenario is playing out in Maine, which temporarily shut down a dairy farm after officials discovered contaminated cows. Since Fritz made the remarks, which are available on video, the Maine farm's owners found extremely high levels of PFAS in their blood.

That shows that PFAS — or per- and polyfluoroalkyl substances, chemicals that have been found to cause cancer, thyroid disorders, low birth weight, immune disorders, liver damage, and a range of other serious health problems — travel from dairy cows' milk to humans.

In some cases, the source of PFAS contamination on farms is nearby industry, including paper mills, plating facilities, and military bases that use flame retardant. Another common source is biosolids that are spread on cropland. Biosolids are sewage sludge — a toxic mix of human and industrial waste — that's lightly treated and repackaged as a cheap "fertilizer" before it's spread on farmland.

Despite that Michigan faces a widening PFAS crisis, the state is largely relying on broad testing instead of specific sampling of agricultural products like dairy and meat. That's alarming environmental groups working on the PFAS issue.

Still, Kevin Besey, MDARD's food and dairy division director, says the agency doesn't plan to proactively test cows, farms, or other specific points in the state's food supply unless they're suspected of having used water or biosolids with high levels of PFAS.

He says he believes the Michigan farmer to which Fritz referred had addressed the situation before MDARD arrived, and adds that there's no legislative limit on how much PFAS can be in food. Thus the department couldn't act even if its testing confirmed the chemicals' presence.

"One of the issues is we don't know what that number means. We don't have food standards for PFAS," Besey says. "I don't think anyone has enough research to set those numbers with food. I don't think toxicologists feel that there's enough data to set a standard, so even if we did statewide testing, I couldn't interpret those numbers."

While there are no legislative standards, other state departments and governments across the world have set advisory thresholds. Sierra Club Michigan Director Christy McGillivray notes that the Michigan Department of Natural Resources and the Michigan Department of Health and Human Services worked together to set advisory PFAS limits for venison and fish, and issues warnings for hunters.

"There's a financial motivation that has nothing to do with science and public health," she says.

"Even if you can't interpret the data, why not collect it? Collect the data and test agriculture products. I don't understand the reason not to, though I think Kay Fritz gave us the reason."

Ultimately, McGillivray says, the state needs to set advisory limits and do more specific testing: "I don't think we should combat uncertainty with more uncertainty."

PFAS are a chemical class that are dubbed "forever chemicals" because they take at least 1,000 years to break down, and are used to make surfaces water-resistant or non-stick. The ubiquitous chemicals are found in everything from food packaging to eye liner to dental floss.

The federal government in 2006 banned the first class of PFAS, but companies developed a second generation. Studies show that PFAS accumulates in the environment and humans, and a limited-but-growing body of evidence strongly suggests the second class of PFAS are as harmful as the first.

Though the federal government has issued advisories on PFAS, there is no legal limit to how much of it can be in water and food. In June, the U.S. Food and Drug Administration revealed that it discovered elevated PFAS levels in a variety of meat, fish, vegetables, and dairy products.

Since Fritz made her comments in June, the Maine Department of Environmental Protection found every batch of biosolids it tested contains high levels of PFAS. It also found high levels in the soil and water on 75 percent of the farms it tested, and is now in the process of checking milk from Maine farms.

Still, MDARD doesn't have plans to test milk or other food produced on Michigan farms on which biosolids were spread, though Besey says the Michigan Department of Environment, Great Lakes, and Energy has increased its monitoring of wastewater treatment plants that produce biosolids.

Though EGLE has increased biosolid testing, it has so far refused to make its results public, McGillivray says. EGLE's testing also doesn't give the full picture, as it's intermittent, and each batch of biosolid is different. Moreover, the Maine dairy farmer who had to shut down his contaminated farm hadn't spread biosolids in 15 years, meaning PFAS contamination could predate MDARD and EGLE's record-keeping.

In drinking water, Michigan follows the EPA's recommended "health advisory limit" of 70 parts per trillion for PFAS. MDARD is monitoring three farms where high levels have been found, Besey says. That includes a Richland Township farm where it identified 163 parts per trillion of PFOS — a PFAS compound — in pond water used to grow animal feed. Officials identified a nearby plating shop as the source.

"A drop of water in an Olympic-sized swimming pool renders that water undrinkable — that's how concentrated this stuff is," Birkbeck says.

He acknowledged that it's likely there is a very small number of farmers who have PFAS-contaminated farms, and some caution needs to be exercised in publicizing the issue, but that shouldn't be done at the expense of public health.

The best way to protect the public is to test the state's agriculture products, McGillivray says.