U of M Medical School to host first Psychedelic Symposium 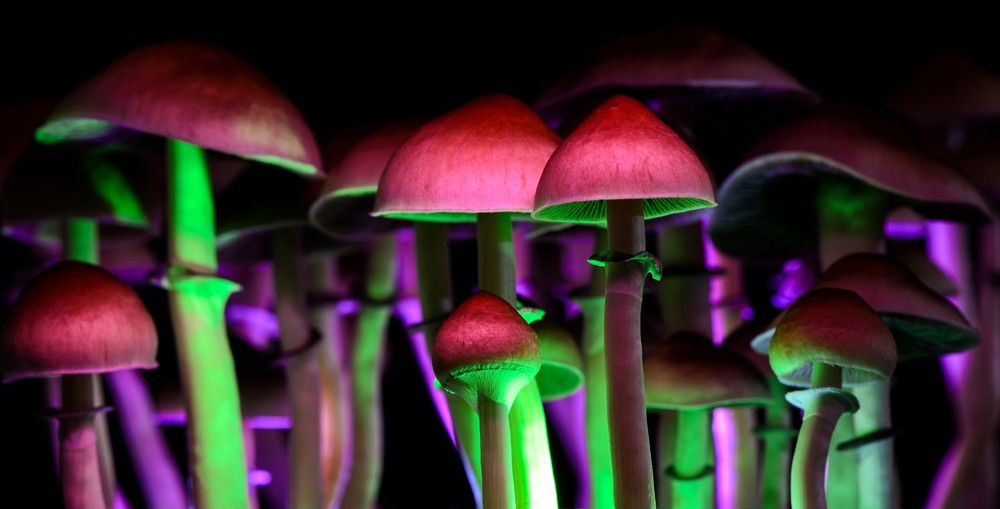 MDMA, magic mushrooms, and more substances regularly mentioned on the Joe Rogan podcast will be the focus of the upcoming "Psychedelic Neuroscience and Therapy" discussion in Ann Arbor on Thursday, Sept. 12. The event is organized by the Center for Consciousness Science.

The day will feature speakers Rick Doblin from the Multidisciplinary Association for Psychedelic Studies, Chris Timmerman from Imperial College London, Katrin Preller from University of Zurich, Alan Davis from Johns Hopkins University, and Rick Strassman from the University of New Mexico presenting remotely. The symposium ends at 4:30 p.m., and a screening of the documentary Magic Medicine will follow at 8:30 p.m. at the Michigan Theater.

The symposium is being organized by graduate students at the University of Michigan, bringing together psychedelic advocates and academics to discuss the positive medical value of substances like psilocybin (the active ingredient in magic mushrooms) and MDMA (known more commonly as ecstasy) in therapy.

"Therapy is still the model, but psychedelics are being used to make the process better," says Nick Glynos, e-board member of the Student Association of Psychedelic Studies and a Ph.D. candidate in Molecular & Integrative Physiology at U of M.

SAPS is a new student group founded by Taryn Schiff, Adam Whiteley, and Meredith Baughman with the goal of changing the conversation on psychedelics. The group will be presenting and participating at the upcoming symposium.

The practice Glynos refers to is known as psychedelic-assisted psychotherapy and involves a therapist administering a dose of a psychedelic drug to a patient. The practice has shown to break down barriers in patients resistant to other forms of therapy who deal with mental conditions like depression, anxiety, substance abuse and addiction, and post-traumatic stress disorder.

"Veterans are a big one for PTSD in the MDMA studies," Glynos says. "Twenty-two veterans commit suicide a day. There's a dire need for novel treatments, and MDMA has proved pretty effective."

Clinical trials of psychedelic-assisted psychotherapy are basically guided trips led by a therapist. Here, a patient who has gone through a screening process is given a psychedelic substance in a controlled environment — often a comfortable room with low lighting and a couch or bed to rest on. One or two therapists are present to provide both physical and mental support, sometimes holding the patient's hand and talking through any issues they might have.

The goal of the trip is to provide a potential change in perspective for a subject who has been resistant to other forms of therapy.

"The neuroscientific research shows that it rewires the brain," says Jon Dean, SAPS member and graduate student in Molecular & Integrative Physiology at U of M. "You're creating an entropic state where the brain is functioning in a way that it wouldn't normally. The amount that this happens is linked to a therapeutic outcome."

SAPS' mission is to create a space to discuss the growing body of research on therapeutic uses of psychedelics, but not everyone on campus and beyond has seen the light when it comes to guided tripping. Psychedelics are still considered Schedule I drugs as a result of the Comprehensive Drug Abuse Prevention and Control Act of 1970, placed in the same category as cocaine and heroin.

Aside from current legality, there remains a strong social stigma against psychedelics. These substances are still associated with the hippie counterculture of the 1960s more than 50 years after the "Summer of Love." Public perception of psychedelics is changing, but not enough for widespread legalization. Despite studies from U of M and Johns Hopkins suggesting otherwise, these substances are still seen by many as dangerous drugs for turning on, tuning in, and dropping out.

SAPS says that they've encountered resistance at the university and have been confronted with the opinion that giving folks drugs to help with their therapy is "insane."

"Right now we see a lot of systemic barriers that are perpetuating cultural perceptions that psychedelics are dangerous and that you might become psychotic if you use them," says Lauren Harrison, president of SAPS and a graduate student at U of M.

Harrison, who has a background in social work, says that one way to promote systemic change in her field is to change the way clinicians and patients talk with friends and family about the use of psychedelic therapy. This will be the focus of her presentation at the symposium.

Despite the stigma surrounding magic mushrooms, they've recently been decriminalized — although not legalized — in both Denver and Oakland.

SAPS members believe that Ann Arbor could be one of the next added to that list of psychedelic-friendly cities. They work with two groups — the Michigan Psychedelic Society and Decriminalize Nature Ann Arbor — who are pushing for decriminalization at the local level.

"There's a lot of momentum," Glynos says. "Part of their team was involved in legalizing marijuana in Michigan. There's a few people who have experience in that political realm."

Glynos continues to spell out a decriminalization plan. He says the next step would be to submit a proposal to the City Council of Ann Arbor, similar to what happened in Oakland. The proposal would make psychedelics the lowest priority of local law enforcement — less of a crime than jaywalking. If the city council doesn't pass that proposal, it'll have to be put on the ballot in the next election cycle, similar to Denver.

Both Denver and Oakland have helped to change the public perception of psychedelic drugs, opening up the third eye of many who may have dismissed these substances in the past. As more universities and research institutions study their therapeutic value, the science behind their uses may one day transcend the political and social stigma still lingering from the 1960s.

The Psychedelic Symposium begins at 8:15 a.m. on Thursday, Sept. 12 in the Fourth Floor Amphitheatre of the Rackham Building at the University of Michigan, 915 E. Washington St., Ann Arbor; 734-764-4400; umpsychneurosymp19.splashthat.com. The symposium is open to the public. Tickets for the film can be purchased at michtheater.org for $10.