The second a Democrat takes the oath of office, Republicans will become born-again fiscal hawks 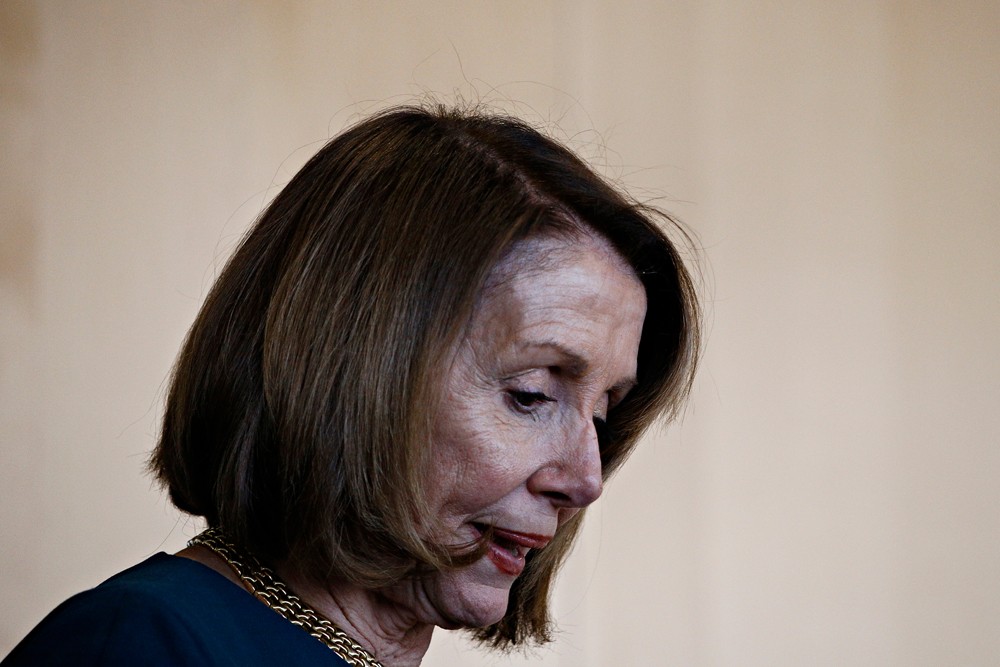 The same week Nancy Pelosi looked President Donald Trump's criminal acts square in the eye and shrugged, she also surrendered her best leverage to counteract the administration's misdeeds while making it more difficult for his Democratic successor — should there be one — to enact a progressive agenda.

Some resistance this is.

To back up: The last full week of July, before Congress skipped town for the summer, was dominated by Robert Mueller's testimony. Not the substance of his testimony — which, like his report, made clear that Trump obstructed the investigation into Russian interference — but Mueller's lack of showmanship. Trump being Trump, the week was also full of sideshows: racist attacks on members of Congress (and the city of Baltimore), lashing out at Sweden's prime minister over A$AP Rocky, his Department of Justice restarting the federal death penalty, etc.

Lost in all of this was a budget deal the administration hashed out with Pelosi that will keep the government running — and extend the debt ceiling — through 2021, ensuring there will be no government shutdowns or debt defaults for the remainder of Trump's term. Democrats avoided a fight over looming automatic spending caps. Trump, meanwhile got the bloated Pentagon budget he drools over and — though he'll never admit it — more federal spending to prop up the economy headed into an election year.

The GOP's self-appointed fiscal conservatives huffed, or at least made a show of huffing. If nothing else, they knew the hypocrisy was a bad look.

This was the same Republican Party that had fought President Barack Obama's $700 billion stimulus in the midst of an economic collapse and brought the U.S. to the brink of default to extract spending cuts in 2011, but in 2017 had also lavished the wealthy with $1.5 trillion in tax cuts during the longest period of economic growth in the postwar era. Now the GOP president who inherited that growing economy will head into an election year with forecasted deficits as far as the eye can see — eclipsing $1 trillion — after his Democratic predecessor cut the deficit in half.

As a rule, presidents get too much credit (or blame) for economic cycles, especially in their first two years in office. Trump is nonetheless an aberration, in that everything he's done has been focused on short-term benefits at the expense of long-term pain. He walked into a steady if not booming economy that was producing decent job reports and stock market gains, primed by low interest rates and a strengthening real estate sector, and he flooded it with borrowed cash and spent freely.

Republicans swore the 2017 tax cuts would pay for themselves, an obvious lie (or simple ignorance). The tax cuts — Trump's only major legislative accomplishment — gave the economy a sugar high but little else. Growth is already slowing, to 2.1 percent this most recent quarter, about where it was during the Obama years, perhaps weighed down by Trump's trade wars. At the same time, Trump has pressured the Federal Reserve not to raise interest rates, as it often does during growth periods to head off inflation.

Fortunately, there are no signs of inflation on the horizon. And the deficits aren't a big deal so long as we're able to continue borrowing at good rates; the national debt, now approaching $22 trillion, hasn't prevented that, so it's not an acute crisis either.

All is fine, in other words — until it's not.

In June, Duke University's business school reported its quarterly survey of chief financial officers all over the world. Nearly 70 percent believe there will be a global recession by the end of 2020; for the third straight quarter, a majority of U.S. CFOs think so. Perhaps they're wrong about the timing, but when a recession does come, the Fed will have one less tool to fight it, as it can't cut interest rates much lower. Same for Congress, which will be constrained by already-low tax rates and already-soaring deficits that will be made worse by falling tax revenues when people start losing their jobs.

Keeping that in mind, look at what House Democrats agreed to: a spending deal that maintains Trump's tax cuts, drives up the deficit, and delays the debt crisis until 2021 — when, if all goes according to plan, one of theirs will be in the White House and they'll be setting the agenda.

Know this: As surely as the sun rises, the second a Democrat takes the oath of office, Republicans will stop backsliding and become born-again, radicalized fiscal hawks. They won't blink at holding the debt ceiling hostage to force spending cuts, and they certainly won't refrain from using the spiraling deficits they created to lecture us about how we can't afford to combat climate change or expand broken health care.

I've seen this movie before.

More immediately, though, think about the opportunities the debt ceiling presented if Democrats were willing to fight dirty — i.e., like Republicans. They could have forced Trump to release his tax returns, or improve the hellish conditions at border detention camps, or stop diverting military funds to his idiotic border wall. They could have even demanded a deal that ended this debt ceiling nonsense once and for all, so no president ever has to live with this threat again.

That would have made sense. Sure, the media would have scolded Pelosi about breaching decorum, and Trump would have had a Twitter meltdown. But unlike in 2011, when Republicans played footsie with default so they could gut programs for the poor, Democrats' goals would be popular. Trump would capitulate because he would've had no choice.

Instead, Democrats chose not to fight. They wanted to be the adults in the room. That's great, but I'd rather get children out of cages.