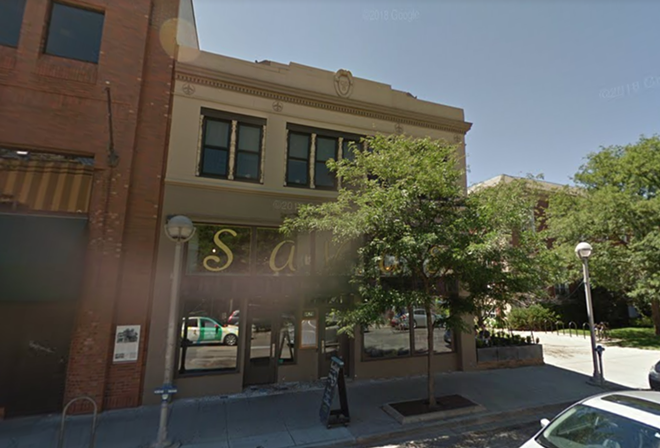 In a public Facebook post on Monday, Ghia Ashlynn Parow wrote that she was an employee for more than two years at Sava’s and enjoyed her time working there until a kitchen cook and manager sexually assaulted her. A few weeks after the incident, she filed a report with the human resources department because she did not feel comfortable working there.


She said the manager took her off the schedule for mental health and she was told, in vague language, an investigation would be opened. After a meeting with the owner — during which Parow alleges she was asked whether or not the sexual assault was a joke — she decided she no longer wanted to work there.


Once she came to this decision, she had a final meeting during which she signed a document with one page of logistics and another for her signature, and accepted a paid time off check. She said she was told during this meeting that she was welcome to work at one of Sava’s sister restaurants.


When she followed up on the offer to work at a different restaurant under the SavCo umbrella, she said she was told over the phone there was not a position for her because they were worried "it could happen again." She was then offered a lower paying job.


During this, she said she was told by her former co-workers that they were being told she was making the incident up. At this point, she contacted a lawyer who requested her employee file from the restaurant. Upon review, Parow said the file contained complaints about her she was not made aware of previously, and the paperwork she signed was a release that did not read like she remembered — which is within the realm of possibility, she noted, because the signature was on a separate page from the information to which she was agreeing to.


"I felt so lost and broken after I found out the truth. I felt betrayed by so many people that once felt like family," she said in the post. "I sold many of my belongings including bikes, records, and furniture just to pay my bills."

She added, "Each and every day, they preach ‘mindful business’ and ‘hospitality on the inside,’ but when it comes to the safety and hospitality of their own employees they completely failed me."


The Sava’s and SavCo hospitality team published a response on Sava’s Facebook page that said there were "extremely false misrepresentations" about the company circulating. The post was later deleted.


In the original, now-deleted post, the SavCo team wrote there was an investigation and management does not tolerate harassment in the workplace. Additionally, they said the investigation included interviews with all parties and that Parow resigned from her position before the investigation concluded, though they said she was given status updates throughout.


"We are deeply saddened and hurt to be in a situation where we have to defend ourselves and we are going to come at this with love, but we will also not tolerate defamatory statements and misrepresentations about our organization and dedicated employees to go unaddressed," the team said in the post. "We care very much about the environment that we’ve created for our employees as well as our guests. We are dedicated to the hospitality that we are known for both as a group of businesses as well as an employer. If you’ve worked or dined in one of our restaurants, you can feel that hospitality. Our employee’s well being is at the forefront of our day-to-day operations and is of the utmost importance to our organization."


SavCo Hospitality took a similar stance in a statement emailed to MT:

"We have a written no harassment policy in our company handbook that we strictly adhere to," the statement reads. "We thoroughly investigate all allegations made and take remedial action where appropriate. We do not tolerate any type of harassment, and we are dedicated to creating and maintaining a safe work environment for our employees. We are an employee-focused organization and our employees’ well being is of the utmost importance to us. At this point, we will continue to do what is most important to us which is to take care of our staff and our guests. We will not further engage with the grossly malicious comments and extremely false misrepresentations that are being said about us."

Parow also shared messages from a Sava’s management employee to her that show a managerial employee — signed "Sava" — threatening a slander lawsuit over what she called a "gross misrepresentation of what occurred." The employee requested a post from Parow apologizing for spreading misinformation, and claimed she had proof that Parow was lying.


In another message timestamped as the morning after the initial set of messages, the employee wrote she woke up thinking about Parow and wished she could give her a "big fat hug." The employee said she did not read Parow’s post and did not plan to, though she hoped her anger would "pass."

Parow's original post has been shared more than 350 times since it was posted on Monday. SavCo did not immediately return numerous requests for comment.