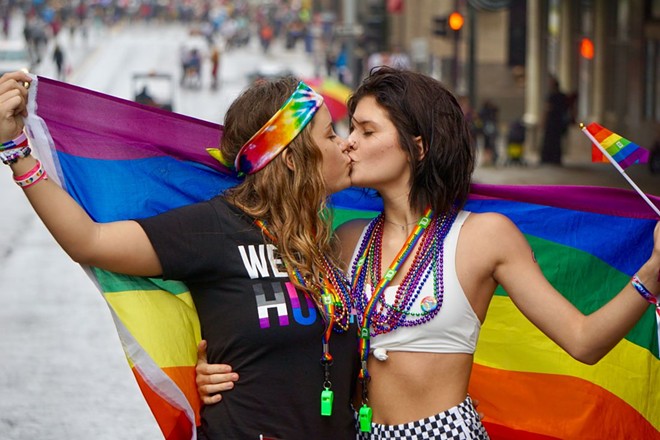 The announcement came one day after Whitmer signed a proclamation declaring June 2019 as Pride Month, honoring the 50th anniversary of the Stonewall riots in New York City, which served as the birth of the international gay rights movement.

“No matter who you love or how you identify, you are welcome and wanted here,” Whitmer said. “When we work together to ensure our state requires that everyone is treated equally under the law, we are able to recruit and retain the talent Michigan needs to thrive.”

Whitmer says the bill is long overdue. A majority of LGBTQ Americans reported having experienced harassment or discrimination because of their gender identity or sexual orientation, according to a 2017 report by the Harvard T.H. Chan School of Public Health, National Public Radio, and the Robert Wood Johnson Foundation.

"In the year 2019, nobody should be fired from their job or evicted from their home based on who they love or how they identify," Whitmer said during Tuesday’s news conference, standing alongside groups such as Fair Michigan, Equality Michigan, and Pride at Work Michigan.

In a news release, Whitmer added, “This is an important step in ensuring LGBTQ Michiganders are treated with the respect they deserve, but there’s still more work to do. We must all press forward to ensure Michigan steps up to the forefront of advancing civil rights for LGBTQ+ individuals.”

During her first week in office, Whitmer signed an executive order to ban discrimination in state government based on sexual orientation and gender identity.

Protections for the LGBTQ+ community are critical, Whitmer said. Last year, the FBI reported 1,421 hate crimes targeting LGBTQ+ people in 2017, a 5-percent increase over the year before.