Gritty glam - Would a U.K. crime caper be anything less? 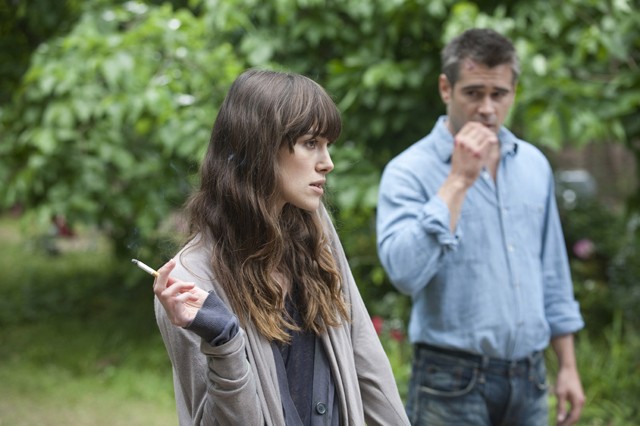 There will be no impenetrable cockney grunts between Keira Knightley and Colin Farrell.

From the flatly generic title to the swinging '60s rock 'n' roll to the impenetrable cockney grunts of the bit players, London Boulevard has all the trimmings of a proper old-school British crime caper, but with no particular urgency to get anywhere. Having nabbed an Oscar for writing The Departed, William Monahan was granted his first directorial shot, and he lines up all the genre tropes in a sleekly handsome way; the tough-guy patter, the fragile molls, the damaged hero, the fast cars and the avalanche of cigarette butts. Everything's steeped in gritty glam, though it all feels a bit perfunctory. The soundtrack booms with Yardbirds tracks, because that's just the way it's done, son. Have you not seen a Guy Ritchie flick?

Monahan surely has, and he's apparently seen Get Carter, Layer Cake, Mona Lisa, and any number of other hits from the U.K. crime catalog, and he effectively synthesizes them all into tight package here. The plot certainly feels familiar; Colin Farrell's stoic thug, Mitchell, struggles to find a straight and narrow path out of his illicit lifestyle. Fresh from jail, he takes an unorthodox job as a handyman-bodyguard for a skittish film starlet Charlotte, who Keira Knightley plays with her usual bag of tics. Mitchell's hired to keep the paparazzi at bay but gets pulled ever deeper into her shady world and emotional chaos, all the while trying to stay two steps ahead of the old friends, enemies and cops who won't let him make a clean break so easily.

I don't think you're allowed to make an English gangster film without Ray Winstone, and he's typically magnetic as a coldly menacing boss intent on dragging Mitchell down. There are plenty of other fine actors hanging playing assorted burnouts, floozies and losers, including David Thewlis, Ben Chaplin and Anna Friel. Farrell brings a roguish intensity to the lead, but it's hard to tell exactly what he and most of the characters really want — and when it all ends in a violent, bloody mess, there's relief.

Monahan shows visual flourish and a knack for dialogue, but hopefully he'll have something more interesting to say next time around. The entertainment and criminal worlds probably do intersect occasionally, and both operate with similar Darwinian brutality. At least that's the sort of thing moviemakers love to tell us to make their world seem ever more mysterious and dangerous; but the real difference between show biz and crime? Only one of them is an honest living.