Ah, the 1970s. Are you old enough to remember when folks rioted over buck-a-gallon gas? 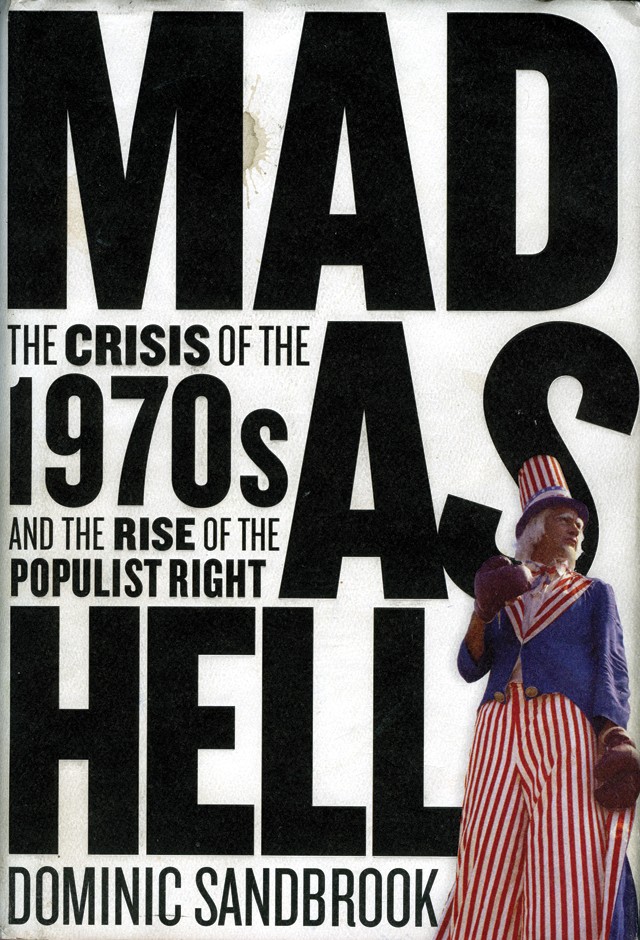 The 1970s are perhaps the most Rodney Dangerfield of recent decades. Many who lived through them hardly remember a thing; others don't want to.

Sandbrook cites "the notion of the virtuous citizen locked in battle against big government, big business and a decadent elite" as his compelling '70s theme. And enemies were everywhere for the rising right wing: "pointy-headed intellectuals," pro-busing judges, doctors at or suspected to be at abortion clinics. Ronald Reagan and Jimmy Carter both rode some of these emotions to the presidency.

The book begins with Sandbrook's poignant relating of the disgraced Richard Nixon's final speech to his White House staff. It is touching and classless, typical Nixon, typical of the '70s.

Mad as Hell is densely written, heavy on stats, polls, facts. It compares to a James Michener opus of the time. Too often, though, locutions like "one in ten Americans" or "32 percent of Georgians" are used. There's an excess of newsmagazine style.

But Sandbrook gets it right in several biographical sketches (including Jerry Falwell and anti-busing Boston housewife Louise Day Hicks) and in the lengthy, exciting chapter on the back-and-forth of the 1976 Ford-Carter race. A personal note to younger progressives who witnessed the grand optimism of President Obama's early time in office: Jimmy Carter inspired a similar high in early '77.

An observer looking back at the unnerving '70s can swing further to the then-hopeful '60s. The populist left as well as the right grew during the '70s. Environmental issues (pre- and post-Three Mile Island), marijuana law reform and anti-corporatism were current. Or is an outdoor market vendor friend correct? He said, during the '70s, that there was nothing to the '70s. About the only tradable collectibles from the time are some fat Elvis dolls. —Dennis Shea