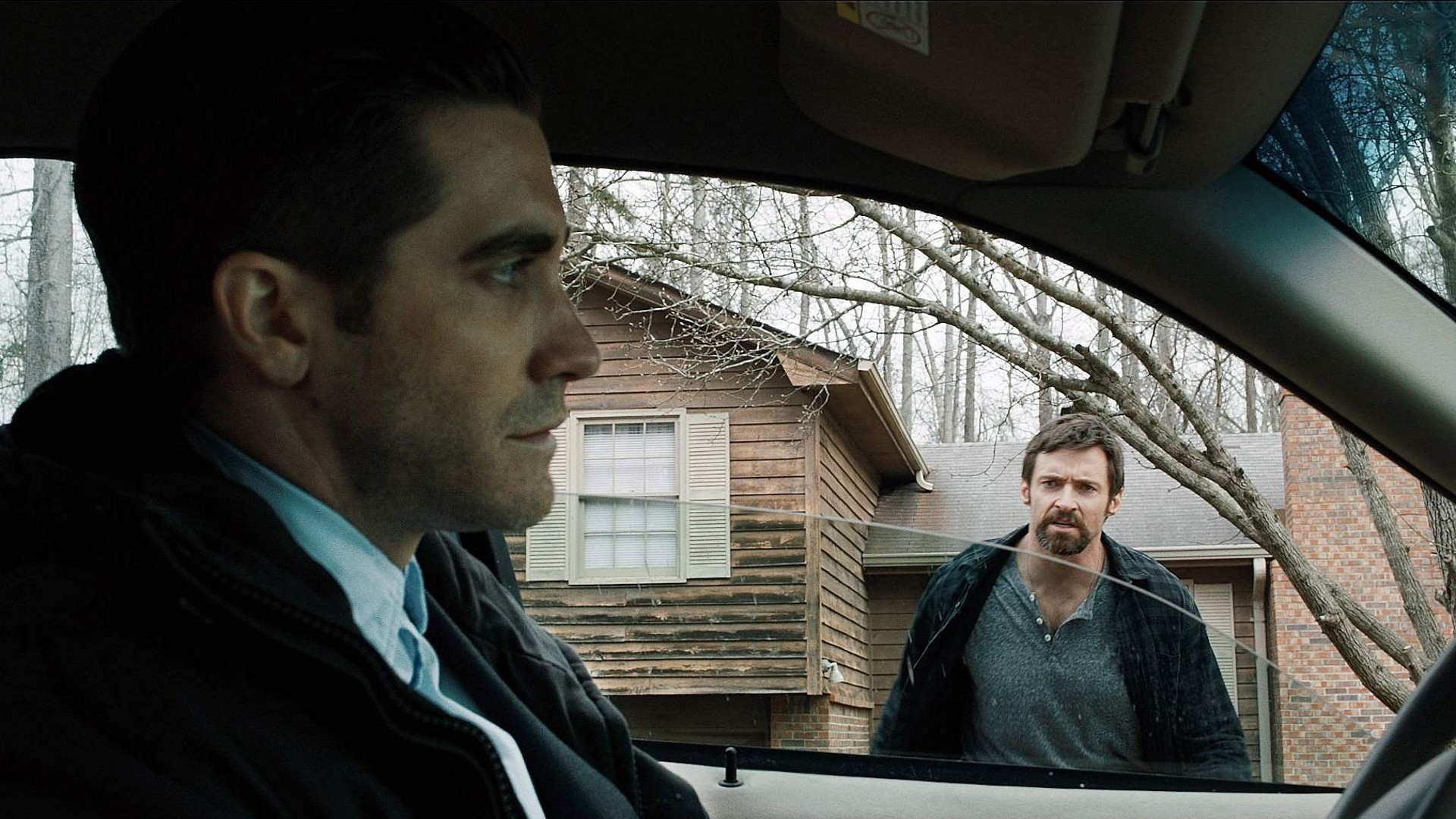 Under cinematographer Roger Deakin’s masterful lens, Pennsylvania is a dark and rainy gloomscape where it seems the sun will never shine. It’s the kind of gorgeously rendered dreariness that chills the bone even as it pleases the eye. Which is to say, Canadian director Denis Villeneuve’s Prisoners looks great. It’s also extremely well-made. The A-list cast grieves and rages with Oscar-baiting gusto, while Aaron Guzikowski’s triple-twist script navigates its labyrinthine (and ridiculously unlikely) criminal events and the actions of its irrational characters with confidence and conviction. There’s a mysterious corpse, past and present child abductions, a copycat creeper and even a distraught parent channeling Jack Bauer as he indulges in some macho vigilantism. Which would all be fine for a 100-minute genre flick.

Unfortunately, the directorial instincts of Villeneuve (a Francophone director in his English-language debut) lean toward the lurid, though he seems to think he’s making a grand and brooding statement about the human condition. This was true of his 2010 film, the Oscar-nominated Incendies, a sensationalistic melodrama of forbidden love, murder, rape and imprisonment, and it’s true here. Instead of emotional profundity or nuance, Prisoners gives us two-and-a-half hours of misery, grief and raw desperation in service of a trashy, manipulative script that craftily delivers a series of jolts and surprising reversals.

Keller Dover (Hugh Jackman) is a macho suburban contractor who hunts on the weekends with his teenage son and outfits his basement like a good survivalist. While spending Thanksgiving with neighborhood friends (Terrence Howard and Viola Davis), both families’ young girls go missing. It’s a parent’s worst nightmare. The only lead is the RV that was parked on the street outside. This draws police detective Loki (Jake Gyllenhaal) to its owner, Alex Jones (Paul Dano) — no not the radio host, although that would be an amazing twist, but a man with the mental capacity of a 10-year-old. Or so says his aunt and guardian (Melissa Leo). Without evidence linking him to the abduction, Alex is released, but Keller is convinced Jones knows where the girls are being held and takes matters into his own hands.

For the next 90 minutes, audiences are treated to a relentlessly downbeat drama in which Jackman bellows and wails in hollow-eyed agony and Gyllenhaal’s quirky gumshoe doggedly investigates the girls’ disappearance. Everyone else in the cast is shoved to the sidelines as ineffectual spectators, most especially Maria Bello as Dover’s bereaved wife. It’s all so serious and grim, full of portent and dread. And the creepiness certainly gets under your skin. But Villeneuve is posturing. There are no moral questions here to be resolved. When the final hour finally rolls around, Prisoners reveals that it isn’t exploring the depths of despair, guilt and revenge but, rather, is just another serial killer flick imitating the style and tone of David Fincher’s work. Frankly, I liked Zodiac’streatment of obsessive paranoia a whole lot better.

In many ways, Prisoners is a movie to endure rather than meditate over. Villeneuve thumps the same dramatic beats over and over again, never letting the story build. The effect is numbing. Jackman may convince with his rage, but to what end? His character never changes or evolves, just gets angrier and angrier. And given the film’s pulpy thriller wrap-up, it’d be easy for audiences to conclude that his use of torture … er, enhanced interrogation techniques … was justified. That hardly seems to be the message Villeneuve thinks he’s selling. In the end, Prisoners is a compelling but unpleasant film, captive to its own schlocky hubris.

Prisoners is now playing, and is rated R with a running time of 143 minutes. Watch trailer here.